Cyberwarfare in space: Satellites at risk of hacker attacks 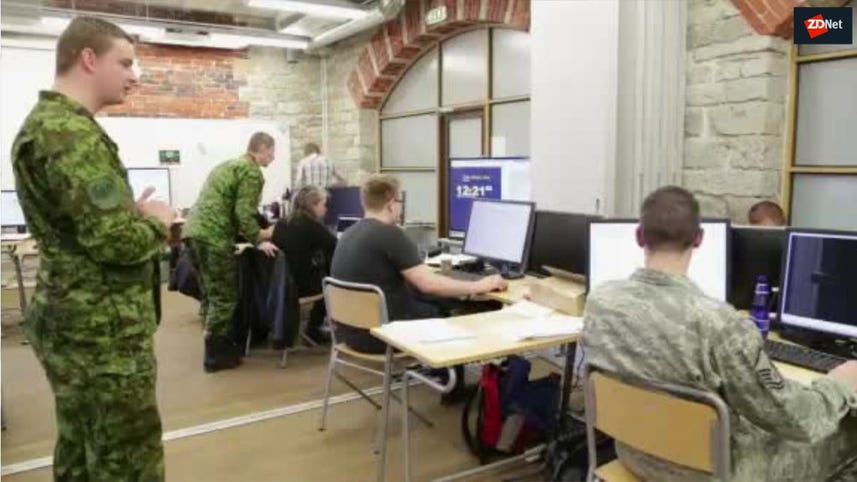 There's an urgent need for NATO and its member countries to address the cybersecurity of space-based satellite control systems because they're vulnerable to cyberattacks - and if left unaddressed, it could have severe consequences for global security, a new paper from a major think tank on international affairs has warned.

The newly released Cybersecurity of NATO's Space-based Strategic Assets research paper from Chatham House warns that there's an urgent need to study and address the cybersecurity of these systems and the challenges which could be posed if a network was breached or otherwise attacked.

SEE: Defending against cyberwar: How the cybersecurity elite are working to prevent a digital apocalypse (cover story PDF)

However, the paper warns that this could prove challenging because "policy influencers and policymakers are struggling to grasp the full impact of cyber vulnerabilities in the context of both space-based assets and strategic systems".

Cyberattacks on these systems have the potential to create chaos in an arena that relies on accuracy of data and sometimes split-second decision making. One means of attack the paper details is that of GPS digital spoofing, whereby an attacker intercepts and manipulates data to provide false information to troops and therefore allowing attackers to re-route movements of forces.

"Cyberattacks have the potential to wreak havoc on strategic weapons systems and undermine deterrence by creating uncertainty and confusion," it warns.

There's also the potential of this technique being deployed to disrupt the automated responses of missile defence systems.

The report warns that the use of old IT equipment, failure to update software with patches for removing known vulnerabilities, potential weaknesses in supply chains and other factors are leaving systems open to attack, potentially via remote campaigns that can move from a more open part of a network to a section that controls this critical infrastructure.

However, attackers may not need to be so sophisticated, as the report suggests that in some cases, computers in the control stations for these satellites are often not protected by authentication so as to not hinder operational actions.

In theory, this could allow an intruder to physically gain access to the systems and either compromise them for later use, or alter instructions there and then.

The Chatham House paper argues that "Russian space capabilities and their cyber technologies pose particular threats to NATO" because the country relies on its own GLONASSsatellite system, rather than the US-provided GPS or the European Union's Galileo system.

This ultimately means that Russia can conduct cyberattacks on satellites without the risk of impacting its own systems. China also has its own satellite system and could also conduct similar operations.

But this isn't just an idea in theory, it's already a reality; Chatham House points out these capabilities have been deployed during conflicts in Syria and Ukraine, with Russia using attacks to jam GPS signals of remotely piloted aircraft in order to ground them.

The Russian military is also reported to have used denial-of-service attacks on radio and telephone equipment, and to have attempted to steal encrypted military data, indicating the security of military satellites is something that needs to be addressed now, not in the future.

The paper has a long list of recommendations and suggestions for how NATO countries should improve the cybersecurity of satellites and it urges the subject to be taken more seriously by policy-makers across all the nation-states involved.

"There is an urgent need to study and address cyber-related challenges to strategic assets within NATO and its key member countries, particularly the cyberthreat to space-based command and control systems," warned Beyza Unal,
senior research fellow with the International Security Department at Chatham House.

Basic recommendations include ensuring that operating systems and other software is up-to-date and patched against vulnerabilities and exploits that could be used to interfere with systems, as well as full examinations of security at every stage of the supply chain.

The report also suggests that that people working with satellites should receive training in cybersecurity and that "it would be prudent to assume that an adversary is already active in these networks and focus on resilience measures", such as the use of artificial intelligence and machine learning to identify and respond to threats.