Dropbox on Wednesday announced new administrative capabilities, enhancements to its Paper note-taking tool and an expansion of its global infrastructure across the US, Europe, and Asia.

Specifically, Dropbox is extending core administrative capabilities from its AdminX project to Paper. Dropbox first announced AdminX in July as part of its effort to improve the way businesses and teams use its platform. The set of features aimed to revamp the admin dashboard and add more folder-level controls for document sharing, organization, and security.

Dropbox is now broadening the AdminX initiative, with tools for centralized network control, subdomain verification, device approvals, and reporting and auditing. These new controls will apply to Dropbox's core product, which the company says will give admins a central hub to monitor activity, control access, and enable sharing.

As for Paper, Dropbox say it's bringing the critical parts of the AdminX initiative over to the note-taking and collaboration tool, which is still in open beta. These include the ability to delete users, transfer accounts, set user privileges, and access the audit log.

"We are continuing our focus on IT administrators across core products and Paper," said Dropbox Product Manager Tanay Mehta. "We see Paper as that bridge and connective tissue for businesses."

Dropbox launched Paper in private beta less than a year ago, and since then, the company says it's improved the product based on user feedback, including the addition of enhanced tables and image galleries, desktop and mobile notifications, and improved search functions.

On the infrastructure side, Dropbox is building on its recent launch of Magic Pocket to improve performance and increase reliability for Dropbox Business users.

The Magic Pocket project is the name for Dropbox's own exabyte-scale infrastructure that it's building as it weans off of Amazon Web Services a bit. According to Dropbox, Magic Pocket is designed to push the boundaries of the company's platform while still representing the its core file-storage roots.

The company is now extending its network infrastructure to make the connection process three times faster and adding regional accelerators to boost download and upload speeds.

As part of this buildout, Dropbox now has infrastructure in 11 regions, including California, Washington, Texas, Virginia, New York, the UK, the Netherlands, Germany, Japan, Singapore, and Hong Kong. The company has also implemented a free open peering policy that will let ISPs connect to its network. 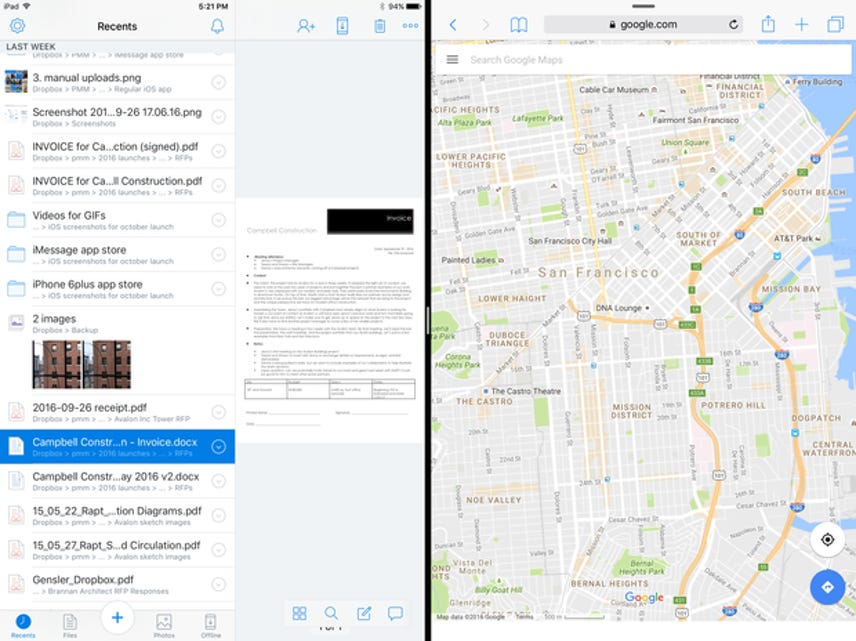