Apple has posted Q3 18 results, and the results won't be a disappointment to investors, with the Cupertino powerhouse squeezing another good quarter out of the iPhone, and gets a decent one out of the iPad. But Mac sales hit a low not seen in years.

Let's start with the iPhone. Unit sales of 41.3 million fall pretty in line with Wall Street expectations (the consensus was around 41.6), but while units are up year-on-year only 1 percent, revenue over the same period is up 20 percent.

This has driven up the Average Selling Price to $724, beating the expected ASP of $699. The ASP is, however, down slightly on the previous quarter ASP of $728, but up on the year-ago quarter ASP figure of $606.

It is important to bear in mind that Q3 is the weakest quarter for the iPhone. 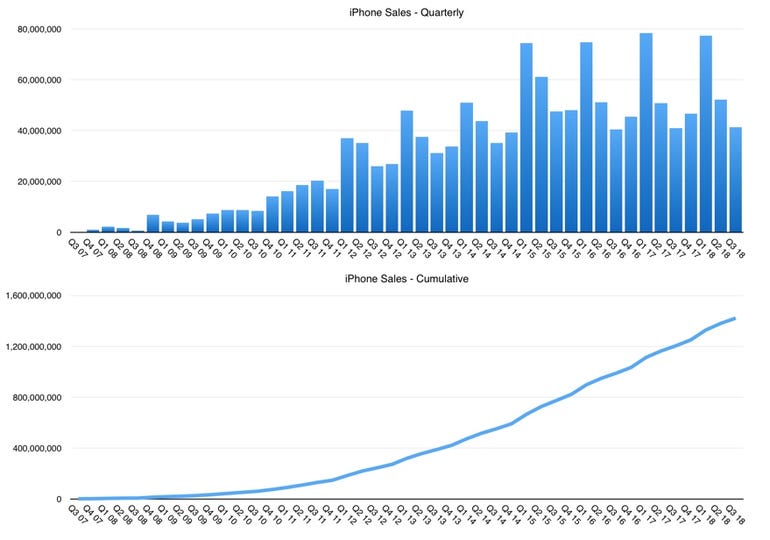 Moving to the iPad, and while unit sales increased 1 percent to 11.55 million year-on-year, revenue dropped 5 percent. This also dragged the ASP down to $410, from $451 for the previous quarter, and also down on the figure of $434 the year-ago quarter.

People are buying cheaper iPads, perhaps because the steam has run out of iPad Pro sales given that they are all now over a year old. 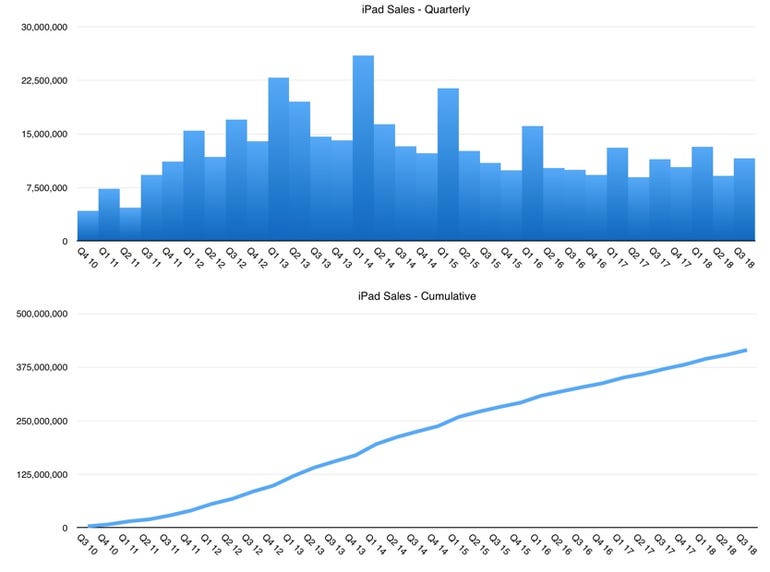 Things are pretty dire for Mac sales, which have slumped to a seven-year-low of 3.72 million. ASP is virtually unchanged from the previous quarter (sitting at $1,432 compared to $1,434), and is actually up from the ASP of $1,303 for the year-ago quarter.

This dramatic unit sales drop will, however, renew the narrative that Apple has taken its eye off the Mac and that sales have suffered dramatically as a result.

Apple's revenue from "Other Products," which include AirPods, Apple TV, Apple Watch, Beats products, HomePod, iPod touch and other Apple-branded and third-party accessories, hit $3.74 billion, down 5 percent from the $3.95 billion from the previous quarter, but up 37 percent from the year-ago quarter figure of $2.73 billion.

This growth fell into the range expected by analysts.