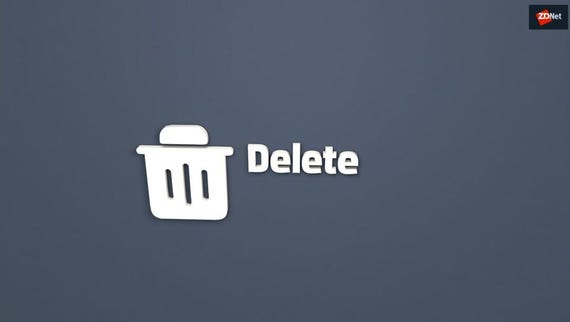 Facebook Messenger gets unsend option (you have 10 minutes)
Watch Now

Facebook has finally followed through with plans to give users the ability to unsend messages, a feature it promised after Facebook admitted it had deleted CEO Mark Zuckerberg's messages from recipients' inboxes.

Facebook last April promised the unsend feature would be coming "in a few months" and on Tuesday the company released that worldwide in an updated version of Messenger on iOS and Android.

The remove message feature isn't quite like the self-destruct feature Facebook manages for Zuckerberg. It deletes his messages in recipients' inboxes after a set period of time.

With the new Facebook Messenger app, users have "up to 10 minutes" to remove a message for everyone on a chat.

After the 10 minutes is up, users will only be able to remove a message from their own chat, which leaves it visible to everyone else in the chat.

Facebook-owned WhatsApp already offers a similar time-capped 'delete for everyone' feature. However, users can do this for "about an hour" after a message was sent.

Facebook said its decision to make Zuckerberg's messages self-destruct was motivated by the Sony Pictures hack in 2014, after which executives' emails were leaked to the public.

Facebook's PR said at the time it limited the retention period of the CEO's messages in "full compliance with our legal obligations to preserve messages".

Still, the discovery that Zuckerberg had an exclusive unsend ability didn't look good for a company already embroiled in a public trust crisis over Cambridge Analytica, the British political consultancy that got its hands on 87 million Facebook users' data through a Facebook quiz app.

Back then, Facebook Messenger users could only delete messages in their own chats, but messages to others remained in their chats.

Facebook: You think Messenger is too cluttered, so we've just made it simpler

Facebook's simplified Messenger 4 cuts tabs and doubles down on Stories.

While the FBI-vs-Apple battle played out in the public, the FBI-vs-Facebook encryption backdoor war remained a secret for months.

Sony Pictures Entertainment's internal network was reportedly hijacked this week, and it seems corporate data has leaked on to the web.

The Russian-linked Cambridge Analytica scammed 50 million US Facebook users for their data. The right-wing, voter-profiling company then used their information to target Americans with personalized anti-Clinton and pro-Trump propaganda.

The latest iteration includes several updates that give businesses more fine-grained control over interactions with customers.

With 200,000 developers on the Messenger platform (and fewer qualms about user privacy than WhatsApp), Facebook is adding more sophisticated features that brands can use to connect with customers.

A spike infections follows an update to the password and cryptocurrency-stealing malware.

The messaging app, which counts more than 1.3 billion users, is cutting down on the number of tabs, adding a "dark mode" and other seemingly modernizing features.

Join Discussion for: Facebook Messenger users: You now have 10...