Samsung teases the Galaxy Z Flip phone ahead of its official launch this week.
Written by Liam Tung, Contributor on Feb. 10, 2020 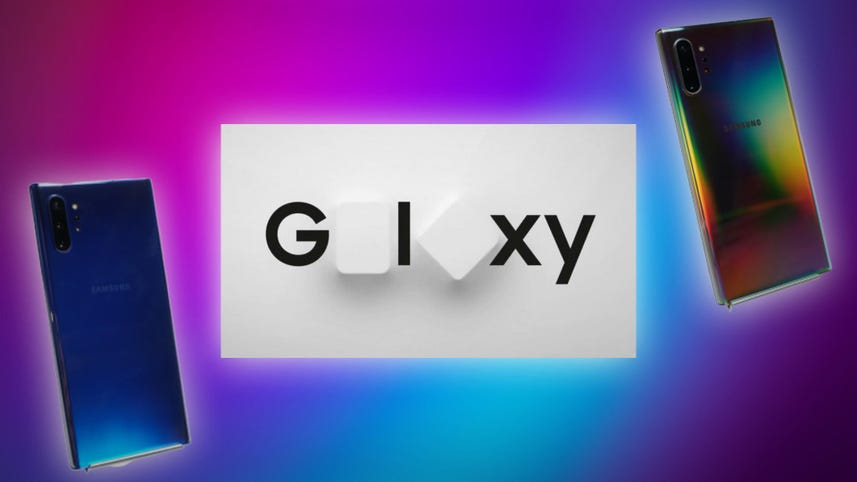 Samsung gave US TV audiences a peek of the new Galaxy Z Flip in a spot during the Academy Awards on Sunday night, ahead of its Unpacked event this week.

Samsung is expected to officially unveil the Galaxy Z Flip at an Unpacked event on February 11, where it is also thought to be revealing three Galaxy S11 phones, which are rumored to be called Galaxy S20 phones.

Per ZDNet sister site CNET, Samsung's short Academy Award ad showed the Galaxy Z Flip in action, taking a photo, and then being used to make a video call. The camera interface is on the bottom screen while the subject, captured by the front-facing screen, is on the top screen.

The ad suggests that the Galaxy Z Flip will come in at least purple and black.

Samsung also added a warning in the ad that users "may notice a crease at the center of the main screen, which is a natural characteristic of the screen", forewarning consumers that the new foldable will have a crease just like the Galaxy Fold's.

The Galaxy Z Flip, Samsung's second foldable, is likely to be less expensive than the $2,000 Galaxy Fold. Reports suggest Samsung will price the Galaxy Z Flip to compete with the $1,500 Razr.

Opened, the Galaxy Z Flip features a large 6.7-inch display. The rear of the phone features a 1.06-inch display that can be used to monitor incoming messages, or as a viewfinder for taking a picture with the phone still closed.

It's also expected to come with a dual rear-camera module and run on a Qualcomm Snapdragon 855+ processor.

The Unpacked event is being held in San Francisco at 11am PST but it will be live-streamed, too.

On Sunday Samsung mobile exec Dr TM Roh boasted that Samsung will "flip the industry on its head".

Smartphones
Samsung Galaxy S22 Ultra deal: Save up to $150