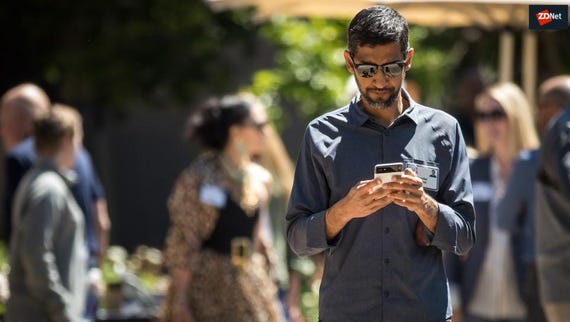 Google has expanded today the protections it offers to Android users enrolled in the company's Advanced Protection Program (APP).

The APP is a special Google program the company launched a few years back for high-risk individuals who face more security risks than the average user.

These high-risk individuals can enroll in the Google APP and benefit from enhanced security features that are not available by default for all Google accounts.

While the program was initially intended for the likes of journalists, politicians, business leaders, and campaign teams, anyone can sign up for the APP today, if they wish to.

Since it's launch, Google has constantly expanded the program and its protections to new platforms. From its initial support for Android devices, the APP now also works with iPhones, iOS apps, and the Chrome browser.

Today, Google announced two new security features that are being added to the APP, and this time, they are aimed at Google's original userbase, Android users.

According to Google, starting today, the company plans to forcibly enable and then keep enabled the Play Protect service on all Android devices a user owns, once they've enrolled in the APP.

By doing this, Google will make sure that all of the user's Android apps are scanned on a regular basis for malware via the company's Play Protect service, which is Android's built-in de-facto antivirus.

Preventing users from installing apps from outside the Play Store

The second security APP security feature being rolled out today is related to controlling the app installation process.

Going forward, Google says that users who enrolled in the APP program won't be able to side-load (install) apps from unofficial app stores, and will only be limited to apps served through the official Play Store.

Google's decision isn't a bad one. Last month, a report identified third-party (unofficial) app stores as the primary hosts of most of today's Android malware.

By blocking the ability to side-load these types of apps, Google is significantly reducing the attack surface for APP users going forward by making sure they don't get tricked into side-loading apps they shouldn't.