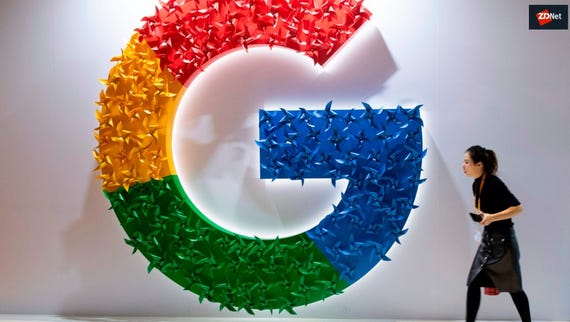 Google CEO Sundar Pichai says he supports federal privacy legislation and that he leads the company without political bias.

Pichai's comments about Google's stance appear in a transcript provided to a House judiciary committee looking into how Google collects and filters data.

According to the transcript, he stresses that Google continues to work with the government to keep the US safe and secure.

"Protecting the privacy and security of our users has long been an essential part of our mission," Pichai said.

He'll be providing testimony later today amid concern over Project Dragonfly, its rumored China search engine, and is expected to be asked by lawmakers about bias against conservative content on its platforms.

"I lead this company without political bias and work to ensure that our products continue to operate that way," wrote Pichai.

"To do otherwise would go against our core principles and our business interests. We are a company that provides platforms for diverse perspectives and opinions -- and we have no shortage of them among our own employees."

Pichai will face questions from House majority leader and Republican, Kevin McCarthy, who has accused Google of delivering search results biased towards Democrats.

"Google has created some of the most powerful and impressive technology applications. Today the company accounts for nearly 90 percent of worldwide search traffic. Google therefore has great influence over what millions of people can and cannot find on the internet. That comes with a responsibility to its users," said McCarthy.

"Unfortunately, recent reports suggest Google might not be wielding its vast power impartially. Its business practices may have been affected by political bias. Additionally, reports claim the company is compromising its core principles by complying with repressive censorship mandates from China."

The group backed the hundreds of Google employees who signed a petition opposing Dragonfly and the company's planned re-entry into China's search market.

"Facilitating Chinese authorities' access to personal data, as described in media reports, would be particularly reckless," the letter reads.

"If such features were launched, there is a real risk that Google would directly assist the Chinese government in arresting or imprisoning people simply for expressing their views online, making the company complicit in human-rights violations."

"We recognize the important role of governments, including this Committee, in setting rules for the development and use of technology. To that end, we support federal privacy legislation and proposed a legislative framework for privacy earlier this year," wrote Pichai.

Google proposes data privacy framework ahead of US Senate hearing

Google posits that companies should be transparent about the types of personal information collected and comply with appropriate limits to data collection.

More than 3,000 Google employees signed a letter criticizing the company for assisting with Project Maven, a Pentagon initiative involving AI and drone footage.

Robotics investor Andy Rubin: Everything is going to get legs CNET

In the future, leg day won't just be for workouts at the gym.

Join Discussion for: Google CEO Sundar Pichai: 'Our mission is...