It's going to have a bigger battery. Or at least, I hope it does.
Written by Jason Cipriani, Contributing Writer on July 1, 2020 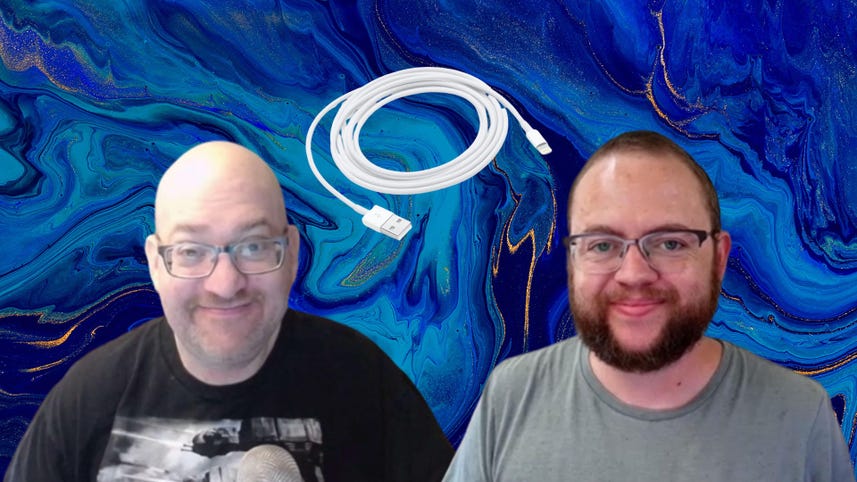 In late June, Apple held its annual Worldwide Developer Conference where the company announced several software updates for its entire hardware lineup, including WatchOS 7 for its smartwatch lineup.

One of the new features that will debut this year is something many users have been asking Apple to add for years: Sleep tracking. ZDNet's sister site CNET has a terrific story with Apple VP Kevin Lynch, detailing the company's approach to sleep tracking. I strongly recommend you take a few minutes to read it.

Also: Apple Watch, Fitbit data can spot if you are sick days before symptoms show up

The gist of Apple's approach is this: The company wants you to focus on getting into a bedtime routine, going to sleep and waking up at the same time throughout the week. Instead of providing sleep scores or breaking down your night's sleep by different sleep stages like Fitbit does, Apple is only going to give you the amount of time you were asleep.

It's an interesting approach, and one I'm still trying to decide if I like. I don't really know what to do with the sleep scores I get when I wear a Fitbit to bed, and I haven't always found that a higher score means I feel more rested. But at the same time, I like being able to look at how restless I was during a given night's sleep -- if for no other reason than I find it fascinating to look at.

Whenever the topic of sleep tracking and the Apple Watch comes up, battery life follows. And rightfully so. Right now, the Apple Watch battery lasts long enough to get through a full day of use, or roughly 18 hours. The current charging regimen is to wear the watch all day, then charge it while you sleep at night.

That means when you go to bed each night you have to place the watch on its charger. The following day, you can work out and use the watch as you need, without missing out on activity, calorie or stand tracking to close your rings.

Also: Best smartwatches in 2020: Apple and Samsung battle for a spot on your wrist

But with sleep tracking, the charging routine gets a little more complicated. In order for sleep tracking to work, the Apple Watch has to have 30% battery life left when you go to bed. If you went on a hike or an extended workout during the day, odds are by the time you get close to your bedtime, your watch will let you know it needs to be charged to that 30% threshold in order to track your sleep.

Depending on how low your watch is, charging to the 30% limit can take awhile, leading to either missed activity tracking or waiting up past your bedtime just so you can track your sleep.

If your battery can survive the night, or you topped off before bed, you still have to place it on the charger in the morning to get through the next day. It can take 2.5 hours to fully charge the watch, which, again, means you're missing out on tracked activity -- not to mention all of the other reasons to actually wear Apple's smartwatch. Placing the watch on your charger while you get ready in the morning sounds good, but unless you take over two hours to get ready, you're going to have to go without your watch until it's charged.

WatchOS 7 won't be officially released until this fall, giving beta participants and Apple time to work through any issues and, hopefully, improve battery life. But, I can't help but think because of the addition of sleep tracking to the Apple Watch, turning it into a device you're incentivized to wear for 24 hours a day, that the next Apple Watch is going to include better battery life. Maybe Apple will include the faster charging, too.

There's only so much room inside the Apple Watch, so any battery increases will likely come at the cost of other parts and pieces. WatchOS 7 officially gets rid of Force Touch, requiring developers to move to a long-press method for accessing additional menus and features. The lack of the pressure-sensitive hardware may free up some extra space, giving Apple the room it needs to increase the overall battery size and, in turn, battery life.

At least, that's what I hope happens. What do you think? Will multiple daily charging sessions for your Apple Watch be enough to turn you off from using sleep tracking, or are you hoping, like me, that the next Apple Watch has vastly improved battery life? Let us know in the comments below.