Apple is adding sleep tracking to Apple Watch, but what about the battery life?

As popular as the Apple Watch has been, it's never had the battery life of some other personal tracking devices. This has limited its usefulness as a sleep tracker. But now that Apple is adding sleep, what does that say about the battery? We have some thoughts.
Written by David Gewirtz, Distinguished Lecturer on June 30, 2020 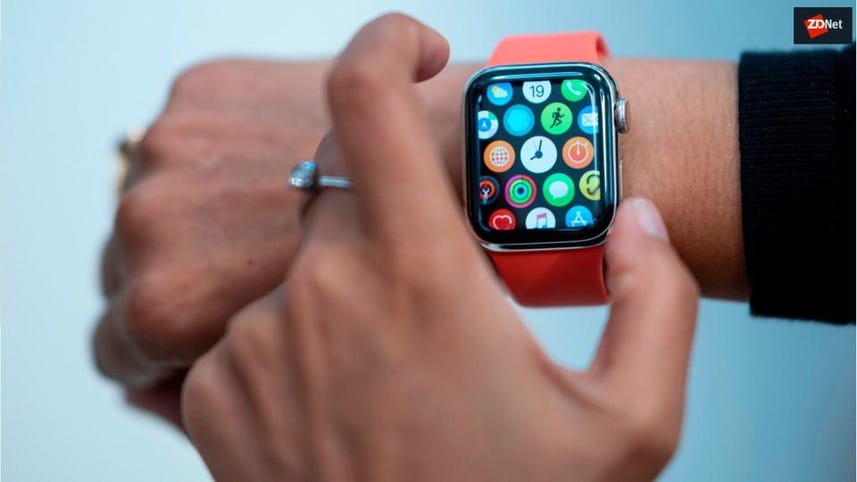 This limitation has generally been the reason Apple hasn't included a sleep tracking app with the Watch -- until now. At WWDC 2020, Apple's Health Software Engineering manager, Vera Carr, gave an overview of the new sleep-related functions.

These features include Wind Down, a timing feature to help remind you to get ready for bed. It even includes shortcuts to meditation and music playing apps to help you drift off. The Watch is gaining a sleep mode which functions like Do Not Disturb with a dimmed screen. In the morning, it can wake you with an audible alarm or a silent one that taps on your wrist.

And here's where we don't think there's been much battery life improvement. Carr said, "It also shows your battery level so you can remember to charge in the morning." As she said this, an image of the watch was shown with a 45% capacity.

In fact, when setting up sleep tracking, the new Watch OS 7 will ask if you want charge reminders, specifically so you can top off your watch's battery so it can make it through the night.

Beyond the basic features above, the Watch apparently uses machine learning to analyze behaviors that indicate sleep, including the "micro-movements caused by the rise and fall" of your breathing.

There's also a new sleep section in the Health app that provides trends over time.

This is all nothing new

Sleep tracking on this level is nothing new for the Apple Watch. I've been tracking my sleep every night since November, when I bought my Apple Watch Series 4 refurb. I haven't used an Apple-issued app, but I have been using AutoSleep, a four dollar app on the App Store.

AutoSleep works great. It has a Watch app that you set and forget. The app on the watch does the sleep tracking and reports back to a far more comprehensive app on the iPhone. AutoSleep on the iPhone captures a ton of metrics, and provides you with lots of ways of slicing and dicing the data.

I, personally, look at the total sleep time after I've had coffee in the morning. If I've had enough sleep (which for me is about five hours and above), I don't take a nap during the day. But if I got less than four hours of sleep overnight, I try to allocate time for a power nap sometime in the middle of the day.

Okay, but what about the battery?

I have had absolutely no trouble with battery life, but I set up a relatively strict but easy charging routine to make sure my Watch always has a charge. It goes like this.

At night, when I sit down on the couch with my wife and pup to watch a little TV, I put my watch on its charger. The Watch charges in less than an hour, so as long as I leave it on the charger for a little while, I get a full charge and I'm once again good to go.

What about Apple's next Watch?

That is the question, isn't it? Apple's Sleep Tracking for the current Apple Watch is nothing special. You have to go through the protocol I described above (or something similar) to make sure your Watch stays charged.

Apple seemed to imply the same would be the case for the Series 6 Watch coming in the fall. But I don't know. Apple doesn't typically like releasing mediocre solutions with mediocre hardware. They're usually content to let app developers fill in the blanks when Apple itself can't provide a stellar offering.

There is no doubt that the Apple sleep features of WatchOS 7 are not stellar. So why did Apple do it?

Now, this is purely speculation, but I'd be willing to bet half a grilled cheese sandwich that the Apple Watch Series 6 will have substantially better battery life. Again, it's a guess. But it would explain why a sleep app will be able to be part of WatchOS 7.

What do you think? Do you use sleep tracking? What do you use? Are you excited by WatchOS 7? Do you think that Apple will introduce a beefier battery in the next Apple Watch? Share with us in the comments below.