HP's latest Reverb virtual reality headset is targeted at industries such as healthcare, architecture and product design as enterprises move from pilots to production.
Written by Larry Dignan on March 19, 2019 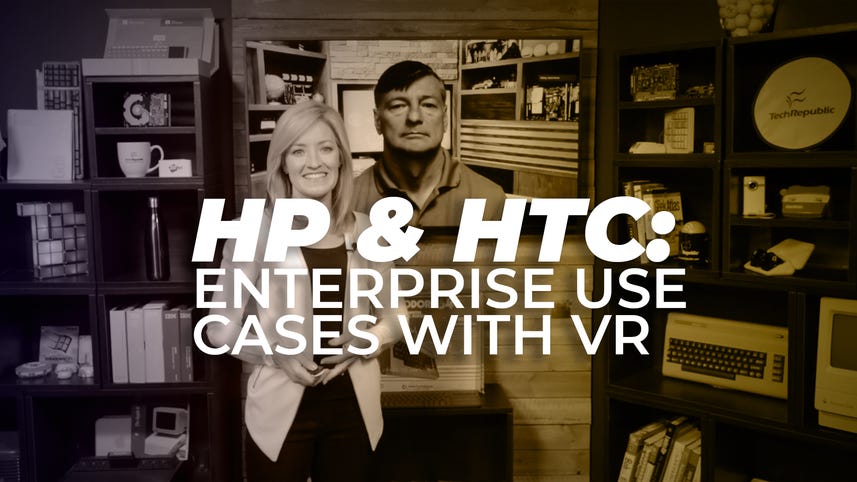 HP launched its next-generation Reverb virtual reality commercial headset for $649 in a move to further expand enterprise use.

The company's rollout comes weeks after Microsoft unveiled its HoloLens 2 augmented reality headset. The upshot from both product developments is that headsets are getting lighter, less cumbersome and more realistic for work use.

While HP said it will have a consumer model for things like gaming, the primary focus is the enterprise, said John Ludwig, global lead VR headsets at HP.

Ludwig said HP with the latest Reverb focused on comfort, resolution since a lot of enterprise content is text and use cases. "Comfort was the thing holding broader adoption back," he said. As for the specs, HP Reverb has 2160 x 2160 resolution per eye, 114" field of view, Windows MR and StreamVR compatibility and a 3.5m headset cable for desktops and mobile PCs and a 0.6m headset cable for the HP Z VR Backpack and two motion controllers.

In the big picture, HP is targeting HTC Vive, which is being used by enterprises as well as Facebook's Oculus. However, the HTC is the enterprise play early in the VR race. Projects underway include:

The catch is that Reverb is tethered to a workstation and Ludwig said that was more for compute power and the reality that enterprise training use cases don't necessarily require more mobility.

Of the demos, the training for operating rooms and warehouses were handy. The primary returns on investment revolved around less need for travel. In addition, employees are more engaged with VR training.

Ultimately, enterprises will have to decide whether they need to go full VR or use AR for their various use cases. Microsoft's HoloLens 2 is more about the AR enterprise use cases and has a hardware only price and one that is a subscription with apps bundled.

The HP Reverb Virtual Reality Headset-Consumer Edition is scheduled for availability starting in late-April for $599. That price includes everything in the pro edition except for the .6m headset cable and washable fabric face cushion. The Consumer Edition includes a 1-year limited warranty.