Although IBM has underwhelmed in recent years, outgoing CEO Ginni Rometty may have planted the seeds for future prosperity.
Written by Daphne Leprince-Ringuet on Jan. 31, 2020 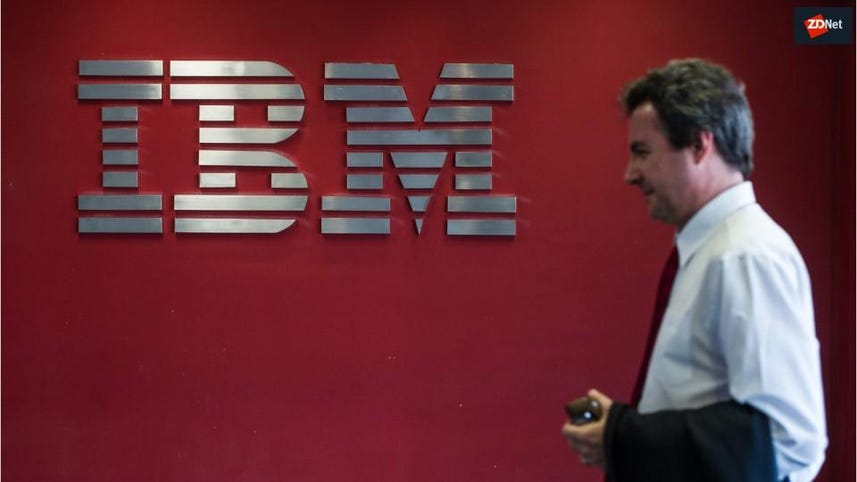 And so, after eight years spent leading one of the world's oldest and most famous technology businesses, IBM's CEO Ginni Rometty will step down in April. Stepping up to the CEO role is Arvind Krishna, who currently serves as the senior VP for the company's cloud and cognitive software unit.

When the news came out on Thursday, IBM's shares jumped as much as 5%. Fingers can easily be pointed at Rometty's mixed legacy: during her tenure, the company's stock price dropped over 25% and – while the company has been keen to trumpet its artificial intelligence work (in the form of IBM Watson), and its reinvention as a cloud company (thanks to Red Hat) – there is still plenty of work to do if IBM is to ever approach its former glories.

Sure, the latest earnings published by IBM earlier this month beat Q4 expectations. But the $77 billion yearly revenue revealed by the company still stands awkwardly small next to its competitors. Apple's annual turnover, for instance, is a dwarfing $261 billion. And while IBM has made some big acquisitions it has also been criticised for spending billions on share buy-back programs as well.

For a company that was a tech giant before there were tech giants, IBM's performance in the last decade has been underwhelming, to say the least. In 1985, IBM's turnover of $50 billion was effectively larger than its next dozen competitors combined.

The glory days are gone, or so it seems. But blaming Ginni Rometty's leadership for the company's shortcomings would equally be a serious jump to conclusions. "IBM is on a journey to modernize, and it needs time to do that, because it is a huge corporation," Nicholas McQuire, senior VP at CCS Insights, told ZDNet.

"Ginni Rometty made some very good decisions, so that now IBM is ready. But it's only in the latter part of her leadership that the strategy has started to come together."

Behind grim earning numbers, there are some positive signs, he added – and a closer look confirms his optimism. IBM's earnings report shows that the company's cloud and cognitive software segment is actually up 9% year-on-year, and generated $7.2 billion in revenue in the last quarter of 2019.

Unlike some of its competitors, like AWS for example, IBM did not start as a cloud service. But when Amazon launched its cloud platform in 2002, it quickly became evident that the IT company would not survive on hardware and software sales from its traditional divisions, IBM global business services (GBS) and global technology services (GTS).

It was largely Rometty who started the company's transition from its lower-margin businesses to what the company now calls "strategic imperatives" such as cloud services.

IBM was a latecomer to the cloud-computing revolution: it was only in 2013, under Rometty's leadership, that the IT giant bought SoftLayer, which formed the basis of the company's cloud division. Since then, Rometty has been vocal about transforming IBM into a cloud provider fit for modern customers.

Another milestone of her tenure was IBM's acquisition of open-source software company Red Hat in 2018. In a $34 billion deal – the biggest deal ever in the open-source community – IBM suddenly opened its portfolio of cloud applications to the imagination of open-source developers, and demonstrated at the same time that it was trying its best to build a modern and flexible cloud platform for its customers.

Kate Hanaghan, chief research officer at research firm TechMarketView, told ZDNet: "It was a big, bold move – just what is needed in today's market. There is a lot riding on getting the integration to bear fruits rapidly."

The issue is that although Red Hat's acquisition, and IBM's overall switch to cloud offerings, is indeed delivering, it is not yet successful enough to compensate for the weakness in other areas. While revenue from Red Hat was up 24% in Q4 2019, IBM's global technology services division was down 5% year-on-year for the same time period.

"The lack of growth comes down to this balance of revenue streams," said Hanaghan. "In other words, large and established services negatively countering growth in newer areas. Unlocking that massive challenge is not an overnight job."

As it finds itself in the middle of the cloud-computing revolution, therefore, IBM is having to revamp its entire business model – one that has been established for decades, and across a billion-dollar company that includes many different business units.

Should it scrap the low-margin traditional divisions entirely to focus on emerging technologies? That would be "madness", according to Hanaghan. IBM still has a large customer base paying for legacy services like datacenter infrastructure, for example. Although GBS and GTS are struggling to grow, they can't "just be turned off", she added.

Rather, new leadership will have to make sure that IBM successfully, and gradually, pushes through the modernization process started by Rometty. For McQuire, the scale of the challenge is the main reason that the company is lagging behind; and it is only a matter of time before IBM starts seeing better days.

"Rometty rightly pushed IBM into the cloud, but the difficulty now is to apply the vision to the entirety of IBM," he said. "They are setting themselves up, and there is still a lot of work to do, but they are set for a much better next chapter."

That is not to say that Krishna should sit back, relax, and wait for the seed planted by his predecessor to grow. To succeed in the ever-more competitive cloud-computing space, IBM will still have to show that it can offer innovative services.

In that respect, acquiring Red Hat was a smart move; but the company will need to do even better. Following IBM's latest earnings report, Morgan Stanley analysts cut their rating on the company, writing in their report that they saw long-term revenue growth as "less likely without a more meaningful shift in the portfolio".

"If Krishna is to really shift the pattern of IBM's top line," said Hanaghan, "we'll need to see more bright new ideas and some brave decision making." That means a few big decisions like the ones made by Rometty.