Intel slashes prices alongside its update of Core X-series chips

Yet another 14nm process CPU arrives from Intel.
Written by Chris Duckett on Oct. 1, 2019 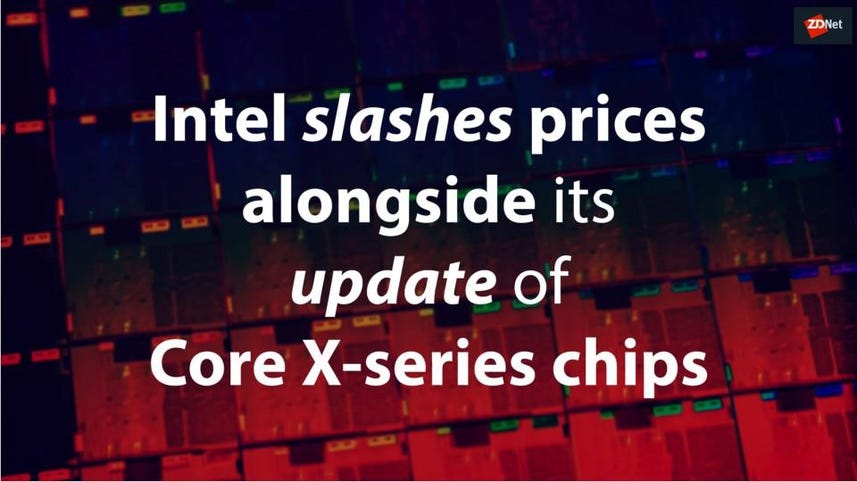 Intel has updated its Core-X lineup, this time basing it on the Cascade Lake series of processors.

Four chips in all have been released, with the Core i9-10980XE Extreme Edition being the beefiest of the bunch. The 10980XE has the lowest base speed, at 3GHz, but it has the highest number of cores at 18, and the largest L3 cache with 24.75MB in total.

At the other end of the Core-X spectrum, the Core i9-10900X has the highest base frequency at 3.7GHz, but has almost half the number of cores by comparison with 10, and has 19.25MB of cache.

Cascade Lake chips are built on the older Skylake 14nm manufacturing process, which the chip giant recently moved beyond with its Ice Lake launch.

In May, AMD announced its third-generation Ryzen processors built on 7nm technology.

"That's half the price of our competition with much, much more performance," AMD CEO Dr Lisa Su said at the time.

Last week, Intel published a research paper on a new type of memory that would be safe against speculative execution side-channel attacks, such as Meltdown, Spectre, L1TF, SGXSpectre, SWAPGSAttack, Zombieload, MDS, and others.

HP overhauls and shrinks the Spectre x360 13 2-in-1 and promises 22 hours of battery life.

Intel will launch its second generation Optane Data Centre Persistent Memory and SSD, as well as a 144-layer 3D NAND next year.

Intel tunes its IoT solutions with the help of blueberry farmers

Working with farmers and fruit processors in Oregon, the chipmaker refined its supply chain solutions for cold chain use cases.

Intel published documentation indicating a major CPU flaw similar to the 2016 Silvermont C2000 bug, though retracted it claiming the issues were fixed in firmware update for already-deployed CPUs.