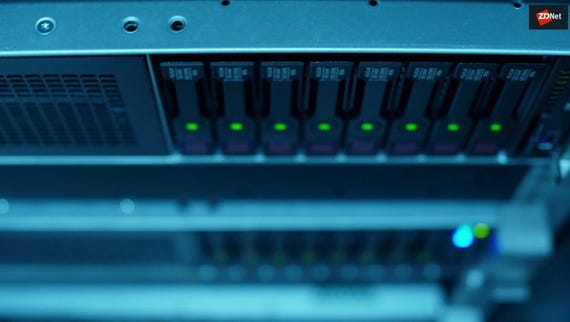 Video: Can hyperscale data centers run on flash? US startup builds the architecture.

Intel has unveiled its new Optane DC persistent memory modules, offering data centers what it describes as an entirely new class of memory and storage technology.

The Optane DC persistent dual in-line memory modules (DIMMs) are based on Intel's 3D XPoint technology instead of DRAM. The forthcoming memory modules differ from the already-available Optane SSDs, which also use 3D XPoint.

Intel positions Optane DC persistent memory as a tier between DRAM and storage that will help accelerate in-memory databases in the data center. The idea is to cut latency by moving more of the workload closer to the processor.

Intel VP and general manager of Xeon products, Lisa Spelman, said the new memory modules will ship to select customers later this year and will become broadly available in 2019.

The modules will be available in 128GB, 256GB, and 512GB capacities and have a DDR4 form factor and so fit in standard DDR4 slots. However, they'll only be compatible with Intel's future Intel Xeon Scalable chips.

"Unlike traditional DRAM, Intel Optane DC persistent memory will offer the unprecedented combination of high-capacity, affordability and persistence," Spelman explains in the announcement.

"By expanding affordable system memory capacities (greater than three terabytes per CPU socket), end customers can use systems enabled with this new class of memory to better optimize their workloads by moving and maintaining larger amounts of data closer to the processor and minimizing the higher latency of fetching data from system storage."

Ahead of general availability, Intel is offering developers early remote access to systems with Optane DC persistent memory through its Builders Construction Zone. The company is encouraging developers to redesign applications to take advantage of the new layer of memory.

Intel posts a detailed spec of its first 10nm-process Cannon Lake chip, which will feature in Lenovo's Ideapad 330.

The shift in position, however, is not expected to last.