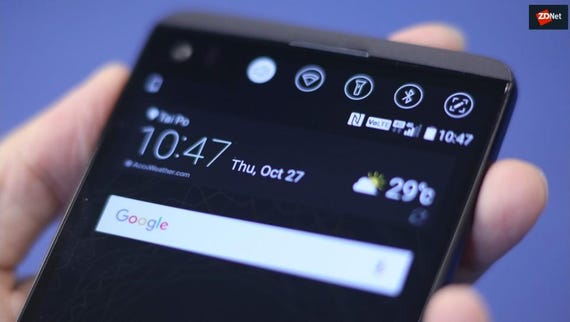 If you've been using iOS for a few years now you can't have helped but notice something – while Apple is good at adding new features to the platform, there are a lot of areas that looks old, outdated, decrepit, and in need of a tidy up.

First, there's the awful on-screen volume and ringer volume display. This stuff is just plain nasty and looks like a user interface throwback from a decade ago (which, I suppose, is true)!

Another iOS abomination is the Phone app. Why does an incoming call need to take up the entire display? It's really antisocial to have a full-screen app jump up into the middle of whatever you are doing when you receive a call. I know that the iPhone is a phone, but...

Same goes for FaceTime calls. There's no reason at all for this to jump into the middle of whatever you are doing. It's really poor design.

Another aspect of iOS that feels dated is the Home screen. Two things in particular trouble me. The first is the static dock at the bottom of the screen. Why is this limited to four icons? Why can't it be scrolling or just made to take up multiple lines of icons? While I can whittle down my "must-have" iOS apps to four, being able to park a few more in the dock would be useful.

Another oddity of the Home screen is, well, the Home screen itself. The horizontal pages paradigm to switch between pages of icons feels out-dated. I would much rather scroll vertically to be honest, or at least have it work in a more fluid way. Also, having all the icons float to the top of the screen rather than being able to lay them out in a personalized way is odd.

Another feature I'd like to see come to iOS is active icons. Currently, the only animated icons (at least that I'm aware of) are for the Calendar and Clock. The Google Calendar icon is permanently stuck on the 31st, and I find this incredibly frustrating.

While Apple would need to vet icons, and limit active icons to things that are actually useful (because having the Home screen turn into an annoying hellstew of animated flashing icons would be execrable), it would add a new level of depth to iOS.

Then there are notifications. While I like the changes that Apple has made to notifications to better group them to prevent overload, I still feel that it could be a lot better. For example, if you own more than one Apple device, the ability to sync notifications across devices would be handy, and would, for example, allow you to dismiss a notification on one device and have it vanish on all of them.

Finally, dark mode. I know, dark mode is nothing to get all that worked up about, but it would be nice if Apple would finally add this to iOS.

What would you like to see fixed in iOS 13? What are your biggest annoyances? Let me know!

Join Discussion for: iOS 13 on the iPhone: Here's what Apple needs...