In July 2010, I wrote The next-generation iPad and what Apple needs to deliver.

Based on information gleaned from updates in iOS and intelligence coming out of the semiconductor industry at the time, I polished the crystal ball -- in my usual purely speculative way -- of what I thought successive iPads might look like or the features they should contain.

Typically I've done this shortly after an iPad's release. This time, I'm going to do it only a few months before, because up until recently, I didn't think we had enough clues to go by and that we were only going to see minor incremental changes in both the Air 3 and the Mini 4.

The big reveal, as it will likely turn out, will be the rumored "iPad Pro" or "iPad Air Plus", whatever it ends up being called -- a larger form factor device, likely with a 12.9-inch screen that will compete with Microsoft's Surface Pro 3 as well as Samsung's largest Galaxy Tab and will appeal more to the corporate user and content creation professional.

When will this device make its appearance? It could happen at an iPhone launch event that is widely anticipated to occur next month (September 9 is the date that's been thrown around), or it could happen at a dedicated iPad launch event in October, with sales and production occurring at the very end of the calendar year.

Let's go through the last set of predictions about various anticipated features in the successor iPad to find out where the hits and misses were, and to see whether there is room for improvement in any of these areas that could make their way into the iPad Air Plus, iPad Air and iPad mini with Retina display.

Here's what we said about sensors that we thought would appear in the iPad Air 2:

Gyroscopes are clearly so 2011 and 2012. It's now all about the sensor co-processor, the M7, which was introduced with the iPhone 5s. Nobody saw that one coming at all.

It's a safe bet that the M7x or M8, or whatever it chooses to call it, will have some additional sensor improvements, perhaps things like the light sensor and the GPS. Today, the M7 collects data from integrated accelerometers, gyroscopes, and compasses, and offloads the collecting and processing of sensor data from the A7, the 64-bit SoC.

In the sixth-generation iPad, potentially, we're looking at integration of the Mx co-processor component into the Ax processor, to reduce overall components in the BOM.

The iPhone 5s also got the way-cool Touch ID sensor, but the iPad Air and mini did not.

Next year: Expect next year's iPad Air and mini with Retina display to get Touch ID.

So what did we really end up with? Predictably, the Air 2 and Mini 3 got their Touch ID sensors -- that was an easy one to call.

The M7 was upgraded to the M8, and it didn't end up integrated in the A8/A8X SoCs,

Other than the addition of being able to collect data from the barometric sensor introduced with the iPhone 6 and the Air 2, very little has been documented about what additional processing capability was added other than raw CPU/SoC offload.

We expect (naturally) there will be an additional sensor processor revision to M9. It would make sense if the A9 or A9X (assuming there will be differentiation between the CPU that ends up in the new crop of iPads or the iPad Plus from the iPhones) had the sensor processor integrated on the die rather than as a discrete part as it exists today, but that might not happen for another generation.

I haven't given much thought to the cameras that might appear on the new crop of iPads. I would expect that Apple would at least put the iPad Pro and iPad Air 3 at parity with the iPhone 6, although the thought of using a 13" tablet for doing any kind of effective photography is a bit ridiculous.

I could see Apple installing a better FaceTime HD camera (with a better microphone) in the front for enhanced video conferencing usage on at least the Pro, which would aid particularly in lower light scenarios.

However, my gut instinct is that there won't be a ton of innovation on the camera side with the new iPads but I'm prepared to be pleasantly surprised.

Certainly bringing the 8MP OIS camera from the iPhone 6 Plus and putting it on the iPad Mini 4 or the Air 3 would be welcome for a lot of users taking wobbly tablet pics.

SYSTEM ON A CHIP/CPU/GPU AND INTEGRATED NETWORKING

The transition from the A6 to A7 was a big surprise when the iOS platform and Apple's mobile silicon went 64-bit with the introduction of the iPhone 5S.

We thought that with the successive generation, Apple might possibly introduce hybrid multicore 64-bit architecture (also known as big.LITTLE) but that did not occur at the time.

Best Android tablets for work and play: August 2015 edition Android tablets are enjoying a big surge in activations among enterprise users, to the point that in some industries Android is now leading iOS. And it's no wonder given the quality of the tablets on offer.

Instead, with the A8X, they added a third core, upped the clock speed and the increased the integrated GPU capability, so it was effectively an A7 on steroids.

With the introduction of a larger iPad, with a bigger screen, with (presumably) a higher resolution, we're also going to see a lot more battery draw. big.LITTLE architecture on the A9/A9X is a strong possibility if Apple wants to optimize these tablets and their next-generation phones for reduced power consumption.

Not every app needs to run with the most powerful cores all running at the same time. It's a safe bet that Apple will eventually implement ARM's big.LITTLE as Samsung and Qualcomm has in some of their (and that of their customers) products, but it's a question of when.

I'd say we have a 50 percent chance that the iPad Air Plus gets a quad or octo-core, hybrid architecture chip similar to Samsung's Exynos 7 and Qualcomm's Snapdragon 810. It would be nice if the other two iPads and the new iPhones got it as well, but it's probably unlikely.

In addition to offsetting display power consumption with a more efficient CPU/SoC, some of this battery draw could also be offset by introducing a vastly improved mobile networking chip that would have lower power consumption, such as the 802.11ac Wave 2 Multi-User MIMO stuff coming out of Qualcomm.

If I were a betting man I would say that the iPhone 6S/6S Plus and the newest crop of iPads to arrive in late 2015 will be the first mobile products on the market to be able to take advantage of the newest 802.11ac Wave 2 Multi-User MIMO routers.

The iPad Air 2 got 802.11ac Wave 1 2x2 single-user MIMO, so it's a safe bet the new model will get Qualcomm's current mobile chipset optimized for these new base stations.

I would also be willing to bet that at least for the iPad Air Plus/Pro, the CPU may have double the memory of the regular iPads, in order to accommodate more demanding, professional-type content creation and data visualization applications. So 4GB of onboard RAM on the Plus/Pro is not out of the question.

Based on leaks and hints within the iOS 9 source code as well as schematics that have appeared in the last several months on various web sites, the iPad Air Plus/Pro will likely have a screen resolution of 2732 x 2048, with 264 pixels per inch at a diagonal display size of 12.93 inches.

To drive a display at that resolution the A9/A9X is going to need to have a significantly improved GPU, likely twice the performance than that of what was introduced in the iPad Air 2 and maybe even in the iPad Air 3, which will almost certainly retain the same or similar 2048x1536 component as previous generations.

In a previous version of this article I had predicted Apple would finally make the move to IGZO-based (Indium Gallium Zinc Oxide) technology, which would provide increased electron mobility/screen fidelity, a thinner component package and also reduced power draw.

In the iPad Air 2, this didn't happen as I had thought it would.

However, for such a large, high resolution screen on the Pro, it would be virtually a requirement in order to maintain Apple's desire for ultra-thinness in its products. 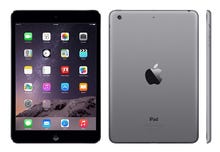 Apple's iPad mini poised to get a big update: Split screen and more power Software hints suggest this year's iPad mini refresh will be far more substantial than the iPad mini 3 was. Has Apple shifted to a two-year major update cycle on the small slate?

The battery size would need to be significant regardless, but to come in at the reported 7mm tablet thickness and for the Pro to have a daily battery usage that matches or even exceeds current generation iPads, at 8-10 hours, IGZO is the only display technology that combines slimness/package integration as well as power efficiency and the desired performance that Apple would require in a high-end iPad.

So I'm calling it -- this is the year Apple moves to IGZO, at least on the Plus/Pro.

What else? To compete with Surface and to truly be a content-creation worthy device, we believe at least the iPad Air Plus/Pro will have a pressure sensitive, Bluetooth-connected stylus (a la Surface Pro 3) accessory with a higher-resolution digitizer than previous models.

This, along with increased RAM on the A9X SoC will permit much more exploitative, desktop-like versions of Adobe's Photoshop/Lightroom to be ported to the iPad, and perhaps even Pixlogic's Zbrush, which to date has only been accessible on Apple's tablet via remote desktop and Mac screen extension technology.

I'd like to see a subwoofer implemented on the Air 3 and the Pro/Plus as well, so that the tablet truly becomes a fully-capable mobile entertainment device with high-fidelity sound, but I don't think that's likely to happen this year.

A thin subwoofer/loudspeaker is certainly possible, especially if they use piezoelectric vibration through the screen glass, such as how Clearview's Clio innovative Bluetooth speaker device works. At the expected 13 inches, there's definitely enough screen real estate on the Plus/Pro that you could get enough resonance to produce room-filling audio.

The Lightning connector, which was introduced with the iPhone 5, has allowed Apple to standardize their successive iOS products on a quick-disconnect, fast charge system with a capacity of at least 12 watts.

That being said, the iPad Air Plus/Pro is likely to have more demanding charging requirements, and with the move to the USB-C connector on the latest 12" Macbook, it's a strong possibility that we may see the Plus/Pro move to that connector type as well.

USB-C would also open up the possibility of more sophisticated accessories that the larger tablet could connect to, which would make it appeal to developers and users of more specialized vertical-market apps.

For years, I've also been hoping that Apple would make some progress in the magnetic induction charging front, by integrating the Qi standard into their devices. While hope springs eternal, I don't think we're going to see it on an iPad or an iPhone in 2015.

Back to school 2015: Student tech deals and... SEE FULL GALLERY

There are many other features that I would like to see in the iPad Air 3 and the iPad Plus/Pro, but the ones I've described above are the most likely to make an appearance at the end of the year. What have I left out? Talk back and let me know.

Join Discussion for: iPad Air 3 and what Apple needs to deliver