iPad Pro vs Surface Pro: Can a tablet-laptop hybrid really replace your PC?

Apple and Microsoft have followed different paths, but their latest laptop replacements are strikingly similar. Can either one succeed as your next mobile productivity device?
Written by Ed Bott, Senior Contributing Editor on Jan. 27, 2020 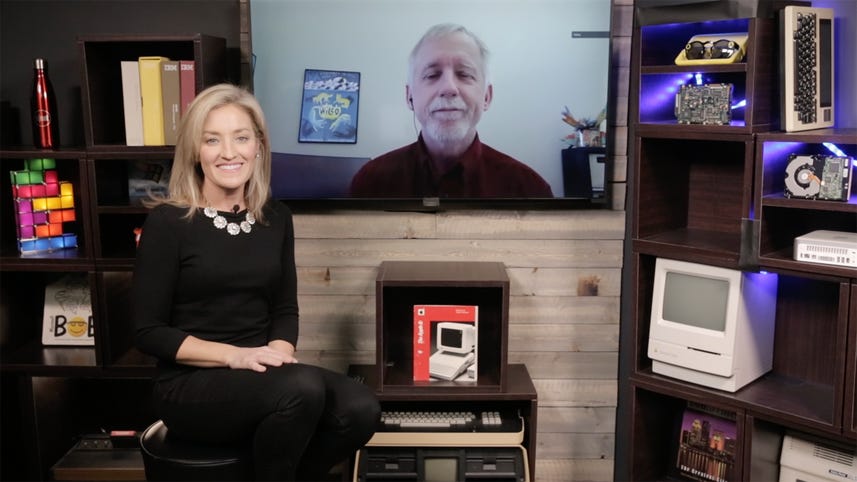 At its June 2019 Worldwide Developers Conference, Apple unveiled some significant changes to the iPad operating system, even christening the revamped version with a new name all its own: iPadOS. The changes bring Apple's flagship tablet, especially the iPad Pro models, closer to the "hybrid PC" category that Microsoft has staked out with its Surface Pro line.

From a hardware standpoint, the latest 12.9-inch iPad Pro, with the addition of the Smart Folio Keyboard and an Apple Pencil, is remarkably similar to Microsoft's Surface Pro 6, especially when viewed from the side. (The newer Surface Pro 7 is exactly the same size and shape as the Surface Pro 6, with only one noteworthy new feature: a USB Type-C port.)

Both devices make the same promise: You can have a tablet when you want a simple surface for reading or sketching, or snap on the keyboard to get something closer to a classic clamshell PC form factor.

But as soon as you sit down and actually try to get your work done, the differences between the two devices come into much sharper focus.

Here's the tl;dr: The iPad Pro still appeals mostly to those who are firmly entrenched in the Apple ecosystem. Microsoft's Surface Pro is most satisfying to those who require a traditional Windows PC. And anyone who expects to cross effortlessly from either world into the other is doomed to be disappointed.

For both companies, it's been a journey of a decade or more that led to the current combination. And the development process has been almost stereotypical of how both companies work

Microsoft's path was convoluted and filled with false starts and mistakes. It all started in 2012, with the launch of the ARM-powered Surface RT. That ill-fated device, launched two years after the iPad, tried and failed to be an iPad clone. It failed so miserably, in fact, that Microsoft had to write off nearly a billion dollars in inventory.

The Surface Pro took a similarly halting path to its current state, stumbling from its initial "brilliant, quirky, flawed" debut more than six years ago through multiple iterations. In classic Microsoft fashion, it took three tries to get the design right, and the company has been in "don't mess with a good thing" mode ever since.

The Surface Pro 6 is filled with tiny but meaningful improvements over its predecessors, and the company seems at last to have ironed out the reliability problems that plagued the entire line in its early years.

Meanwhile, Apple took the opposite path with iPad, grudgingly adding PC-like capabilities to the iPad hardware over time but steadfastly resisting calls to make the Mac more like an iPad and vice versa.

The first iPad Pro, unveiled in 2015, included support for the new Apple Pencil, which looked like a direct response to the Surface Pro's signature pen. In 2018, Apple added its own keyboard covers, including the Smart Keyboard Folio, which snaps into place almost exactly like the Surface Pro's Type Cover.

But despite those hardware improvements, the iPad software experience remained pretty consistent through the years. Until now.

Forget about Dark Mode. The really significant iPadOS changes announced at WWDC 2019 are the ones that make it more like a PC or a Mac in everyday use. There's finally support for external pointing devices, so you aren't forced to swipe the screen to make a selection. There's new support for external storage devices, an expanded set of Finder-like management tools for local files, some new window-management tricks, and even support for widgets on the home screen.

You'll also find some enterprise improvements in iPadOS, like the capability for administrators to separate business and personal data on BYOD devices and managed Apple IDs for business.

Making the iPad experience more like a laptop does not, however, turn it into a laptop replacement, at least not for business customers. It's hard to imagine a creative professional voluntarily giving up her Mac for an iPad Pro, although there are certainly circumstances where the lighter, more portable device will come in handy. Lightroom and Photoshop on mobile devices are simply not as capable as their counterparts on the Mac.

The same is true with Microsoft Office on the iPad, which still offers only a subset of the features available on the Windows and MacOS versions. Depending on your workload, you might be able to get by with an iPad Pro for an occasional business trip, but that still makes the iPad an occasional laptop substitute, not an all-in replacement.

The Surface Pro 6, on the other hand, is a full-fledged laptop replacement, with all the pros and cons that come with being a Windows PC. In the office, you can attach a docking station and use a full-sized monitor, keyboard, and mouse; on the road, it's remarkably lightweight. But it doesn't offer the simplicity of the iPad, and the experience of using the Type Cover is still off-putting for many users who prefer the solid feel of a clamshell keyboard.

Ultimately, the decision about which mobile device to adopt comes down to which one runs the apps you need. The simpler your workload, the more likely that an iPad Pro will be able to substitute for a laptop when you travel. But if you need the tools that only come in a full-strength desktop app, nothing less than a real laptop will do.

Mobility
Scribble me this: The uncertain future of note-taking apps