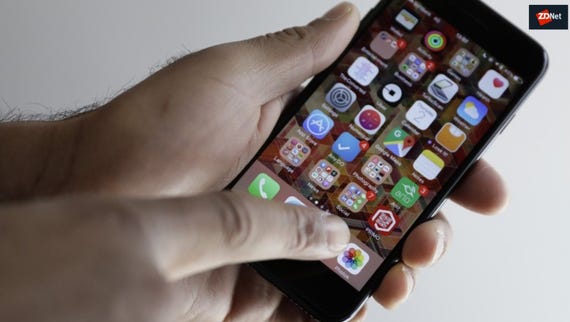 China is Apple's second-largest market after the US, so any signs of a problem there would be very serious.

Well, we have signs of a problem brewing there.

See also: The quickest, simplest way to speed up an old, tired PC

"Apple's recent weakness in China has largely been due to iPhone. During the Q2 17 earnings call, Apple spoke of 20 percent revenue growth for Mac and 'double-digit growth' for Services in Greater China, which suggests that iPhone + iPad revenue must have declined at least double digits at constant currency. Third party market research (IDC) corroborates that Apple's >$500 ASP smartphone units declined >20 percent in each of the past 5 quarters in Mainland China."

iPhone 8: Here's everything we think we know... SEE FULL GALLERY

Business Insider even has a chart that shows just how much China revenue has changed over the past four years:

Oppenheimer analyst Andrew Uerkwitz thinks he has an answer.

"We recently conducted a series of company meetings in China and Taiwan that focused on the smartphone supply chain. There was general consensus among our conversations that confirms our thesis that Apple's dwindling market share in Greater China is due to the lack of compelling differentiation among hardware and software."

In other words, the iPhone is just like baked beans, where there's little to separate one brand from another.

Another, possibly more optimistic, opinion shared by some analysts is that people are delaying a purchase because they are waiting to see what Apple comes up with next. But that not only puts huge pressure on Apple to "hit it out of the park" with the next release, but to also be able to keep up with demand, a skill Apple has lacked as of late (most recently the company admitted that it had underestimated the demand for the iPhone 7 Plus).

It will be interesting to see how Apple responds to this. Over the past few years we've seen the company go on an all-out assault to win over Chinese users, and it looks like that might not have been enough.

Will Apple play a "wait and see" game, and see how the next iPhone, especially the iPhone 8, goes down, or will it alter course now to try to fend off further declines?