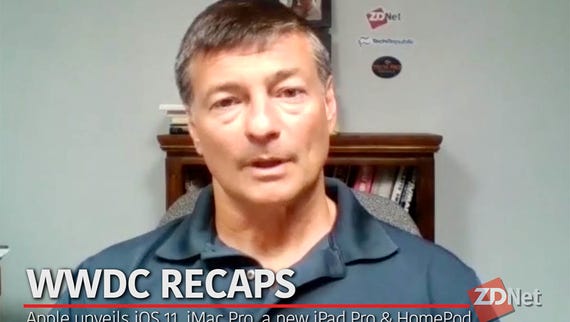 Apple has confirmed the date and time of its opening keynote at this year's WWDC.

The company will officially take the stage June 4 at 10am PST (1pm EST). Its keynote and four-day Worldwide Developer Conference will be held in San Jose, Calif., at the McEnery Convention Center, and will run from June 4 to June 8. Aside from the keynote, the conference will also consist of several developer sessions.

On CNET: All the rumors leading up to WWDC 2018

Between the keynote and sessions, Apple is expected to introduce several platform changes, including software updates and possible hardware refreshes. The rumor mill has indicated we can expect to see the latest versions of iOS, macOS, tvOS, and watchOS unveiled at WWDC 2018.

Apple tends to release developer betas of its software after the opening keynote. These betas will be outlined to developers during WWDC sessions, followed by the release of public beta versions a few weeks later. The final releases -- iOS 12, macOS 10.14, tvOS 12, watchOS 5 -- will probably arrive in September, alongside the introduction of the next iPhone.

Last year, Apple's opening keynote also featured hardware announcements, including refreshes to the MacBook Pro and iMac lines. Apple even previewed a new iMac Pro and the HomePod. As for this year, rumor has it we will see a new Retina 13-inch MacBook.

ZDNet will attend WWDC 2018 and plans to bring you the latest news as it happens.

Apple's annual Worldwide Developers Conference kicks off June 4, and it's one of the ways we get a deep insight into the path that the company is on.

Apple gave me all the data it collected on me since I bought my first iPhone -- in 2010.

This is why Apple needs a cheaper iPhone

Apple has managed to keep the iPhone a premium brand for over a decade, but now it's time to expand into lower-priced categories.

Join Discussion for: It's official: Apple WWDC 2018 keynote will...