Kong, which is available in distributions for CentOS, Debian, Docker and Ubuntu among others, is designed to work with a wide range of microservices and APIs in public and private clouds and on premise.

Based on the open-source nginx HTTP server and reverse proxy, Kong can manage and orchestrate multiple microservices and APIs, offering features such as authorisation, encryption, logging and rate-limiting, Mashape said.

"What we're open-sourcing is the back end and the core technology of Mashape. It's a management layer, a centralised dispatcher for microservices and APIs - and it's built on top of nginx, so we're using nginx internally to proxy HTTP APIs," Mashape CEO and co-founder Augusto Marietti said.

"On top of that we've built other layers - the infrastructure to manage, monitor, log, secure, authenticate, do transformations - on top of all the APIs."

In microservices architectures, applications are built as a suite of small, semi-autonomous processes that communicate with each other through APIs and perform specific tasks. Designed to be easy to use and scalable, microservices are increasingly figuring in web, mobile and internet-of-things apps.

Kong also provides documentation and usage analytics. It comes with a simple RESTful API for importing data from third-party API management systems and can run in the cloud through AWS, Rackspace and Linode, and on virtual-machine platforms such as Vagrant and VMware.

Mashape.com launched in 2012 as the first API marketplace, processing API requests and distributing APIs for customers.

According to Mashape, it is now the largest marketplace of its kind, processing billions of transactions per month through its proxy, with more than 10,000 APIs and about 140,000 developers using its services.

Mashape.com is free to use, with the company making its money by taking a 20 percent fee from the API billing.

"What Kong is really helping with is the common logic in each microservice. Usually you focus on doing your IP, and then on top of the API you always build the authentication, the logging, the monitoring and things like that," Marietti said.

"With microservices, you rewrite the same common functionalities over and over again. With Kong, you move all of them once into a centralised dispatcher and then it distributes them everywhere."

Core Kong and all the Kong libraries are now free and open source. Mashape will be selling Kong Enterprise, which will come with a user interface, enterprise support and security. It will also be providing professional services, such as advice on Kong clusters, SAP integration and LDAP and Kerberos proprietary plugins.

"You see news all over the place about Microsoft microservices and Google. The big companies are also pushing the trend, so we think it's the right time before the really big explosion when it will be too late to introduce a technology like this," Marietti said. 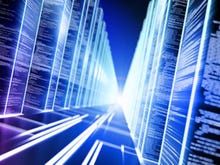 Mashape, which raised $8m in unpublicised funding a year ago from investors including Index Ventures, Jeff Bezos and Stanford University, already has significant open-source credentials with tools such as lightweight HTTP request library Unirest.

Marietti said Mashape aims to build up the community around Kong through GitHub to produce feature requests and plugins from the software's following of developers and API creators.

"Who we're also trying to help with Kong are companies that are stuck with legacy systems or legacy codebases or expensive systems solutions from the past. They now want to move to this new trend that the modern guys like Netflix are pushing through microservices architectures," Marietti said.

"Docker helps them in the lower level. But there's nothing to help in managing and moving common functionality across microservices very fast. It's missing that management layer. By open-sourcing Kong and giving it to the world, I hope more and more bigger companies can move much faster to the new enterprise modern architectures."