KT 5G being launched by Ericsson

KT’s 5G network will be commercially launched in early April, with the Korean carrier partnering with Ericsson for the deployment.
Written by Corinne Reichert on March 21, 2019 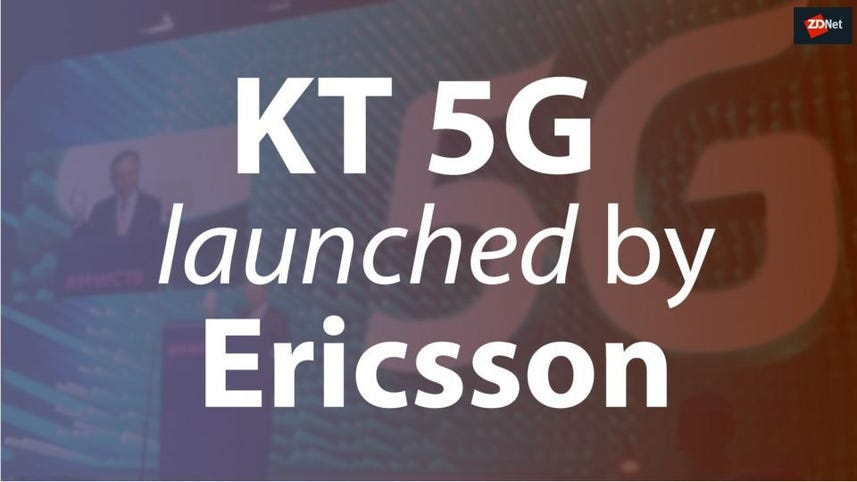 Ericsson has announced being chosen by Korean carrier KT to help launch its 5G mobile network by early April.

KT will be launching commercial 5G services nationwide across Korea next month in line with its competitors, with Ericsson to provide standards-based 5G NR hardware and software from its 5G portfolio on KT's 3.5GHz network under the contract.

According to Ericsson, KT's 5G commercialisation will include the launch of plans across smart factories, public safety, connected vehicles, and drones.

"Korea is one of the most competitive and technology-advanced markets in the world. By taking a global lead to enable nationwide commercial 5G services through commercially available 5G smartphones, KT is demonstrating our commitment to our customers and showing how we can drive a global 5G ecosystem where Korea plays a key role," KT VP of Access Network Design Jinho Choi said.

KT is also working on rolling out a 5G-based ultra high-definition (UHD) live broadcasting service, through which it will provide an enterprise 5G network and 5G mobile news gathering equipment to news broadcaster Seoul Broadcasting System.

Earlier in March, KT additionally completed its construction of 5G mobile edge compute centres in eight major South Korean cities, also applying its 5G core equipment in the control and user plane architecture, and in the network virtualisation technology of the MEC centres.

KT is planning to use its MEC centres to deploy smart factory, autonomous vehicle, and AR/VR services.

South Korea's original plan to deploy 5G by March 2019 was revealed earlier this month to be facing delays, due to industry players not being ready.

This included government and telcos failing to agree on 5G pricing plans, as well as 5G smartphones not being ready from Samsung and LG.

South Korea's Ministry of Science and ICT rejected SK Telecom's 5G price plan of 70,000 won ($62 per month) earlier this month, saying it was too high for consumers. The carrier said its plans will become more affordable as the number of 5G customers increase.

Earlier on Friday, Samsung also announced that its Galaxy S10 5G smartphone will go on sale on April 5, according to the Korea Herald.

The report said Samsung will begin selling the handset in Korea, but that it will not be taking pre-orders.

Revealed at Samsung Unpacked in San Francisco on February 20, the Galaxy S10 5G comes with a 6.7-inch display, a 3D Depth Camera for augmented reality applications, and a 4,500mAh battery that supposedly lasts a full day. It also features an ultrasonic fingerprint scanner, a new triple-camera system at the rear, and wireless power sharing.

"Soon, network congestion will be a thing of the past," Samsung said at Unpacked.

"5G ... will enable us to connect and communicate in entirely new ways ... the whole tech industry has been laying the groundwork for 5G for decades."

Last week, SK Telecom said the upcoming Galaxy S10 5G smartphone will provide speeds of up to 2.7Gbps in Korea, after the carrier successfully tested the aggregation of its 5G and 4G LTE networks.

5G will impact these 10 industries the most (TechRepublic)

Major 5G network deployments are expected by 2020, and the technology will create opportunities across many industries, according to CB Insights.