Microsoft vs. Google: This browser war isn't about privacy

At Microsoft's just-concluded Build developers conference, questions about privacy and trust took center stage. Yet despite multiple opportunities, the company took almost no jabs at its arch-rival Google. Why is Microsoft so hesitant to use privacy as a competitive weapon?
Written by Ed Bott, Senior Contributing Editor on May 13, 2019 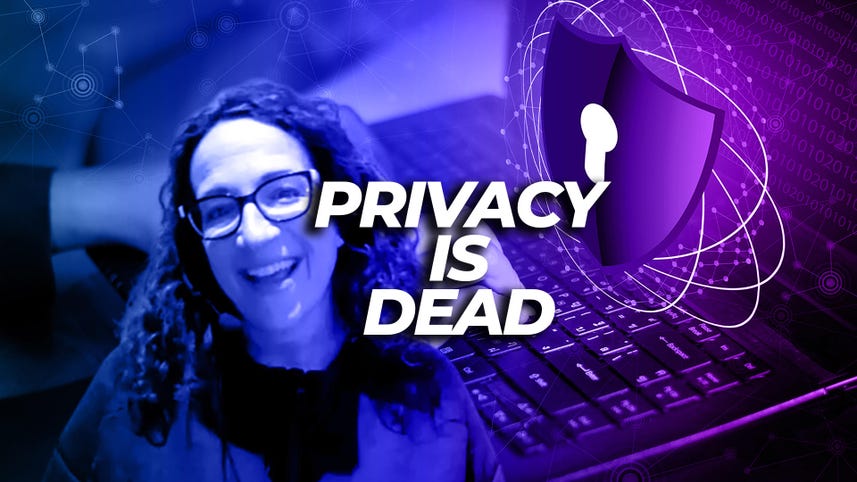 In a week when Microsoft and Google hold dueling developer conferences, it is tempting to look at every announcement and every product decision as a left jab or a right cross in a never-ending prizefight between the two tech giants. That's certainly the natural instinct when analyzing Microsoft's decision to make privacy a key part of its corporate message at its Build developers conference this week.

Microsoft CEO Satya Nadella set the tone by opening his Build 2019 Day 1 vision keynote with the words "Privacy is a human right" and highlighting the engineering challenges of privacy. A few minutes later, another Microsoft executive showed off the new privacy controls that will arrive shortly in a preview release of the Chromium-based Edge. Later in the week, I attended two sessions exploring the ethical and privacy implications of facial recognition and AI.

And yet I can't recall hearing Google mentioned by name in any of those discussions. In a "State of the browser" session, for example, the corporate vice president in charge of the Edge product team repeatedly referred to "other browser makers" without ever using the G-word. Chrome was, for that hour, just another anonymous Chromium-powered browser.

Why this reluctance to call out the competition? I can think of a couple of reasons.

The lion's share of the blame should go to Mark Penn, the political consultant who then-CEO Steve Ballmer hired in 2012 as a strategic consultant. Penn's claim to infamy is the disastrous "Don't get Scroogled" ad campaign, which applied the mudslinging techniques of American political campaigns to Microsoft's core competitive relationship with Google.

By every indication, "Scroogled" was a complete failure and probably hurt Microsoft's reputation far more than it damaged Google's. It's to Satya Nadella's credit that he pushed Penn aside quickly after taking over the CEO's office.

More important is that consumers don't particularly care about privacy except when it becomes a headline-grabbing scandal like those that have plagued Facebook. Google has managed to avoid those scandals, for the most part, even as it collects and monetizes enormous amounts of data about the people who use its services.

Meanwhile, the corporate customers who keep the lights on at Microsoft care about privacy mostly when it exposes them to legal and compliance risks.

That all might change someday, if Google finds itself unexpectedly caught up in a privacy scandal involving one of its key services. But for now, most of the negative attention focused on Google has to do with antitrust issues around its search results and the unfortunate impact of its YouTube recommendation algorithms.

There's probably a "don't poke the bear" factor at work here, too. Google is the maintainer of the Chromium codebase, after all, and Microsoft's engineers are working hard to contribute to that code base. The last thing they need is a feud that spills over from the sales and marketing side into the engineering trenches.

More important than any of those factors, though, is the actual browser war in which Microsoft finds itself fighting. In early 2018, I noted that Microsoft Edge was falling behind ... Internet Explorer. A year later, the situation has barely improved.

In the rolling three-month traffic results from the US Government's Digital Analytics Program, as of early May 2019, 60% of all traffic from Windows 10 PCs comes from Google Chrome, with Edge users accounting for 16.6% and Internet Explorer at 15.5%. Mozilla Firefox has shrunk to just over 7% of all traffic on Windows 10 PCs, and all other browsers combined account for well under 1%.

The situation gets much worse when you look at the substantial number of corporate PCs that still haven't upgraded to Windows 10. Most of those PCs are running Windows 7, where the only Microsoft browser, Internet Explorer, still commands an impressive and depressing 34% usage share; Chrome is at 56.7%, and Firefox usage is under 8.8%.

With Microsoft extending support for Windows 7 by an additional three years from its official end date in January 2020, that challenge becomes even more important.

Over the long term, Microsoft might peel some of Google's customers away by building a browser that's more compatible with Chrome. But for now, the much, much bigger opportunity is to give corporate customers a reason to ditch Internet Explorer.

For that corporate sales pitch, forget privacy as an argument. Of the three key Edge features Microsoft showed off at Build, the new Internet Explorer mode, with the capability to run IE-based pages in a tab within Edge, is the one that will get corporate customers to sit up and take notice.