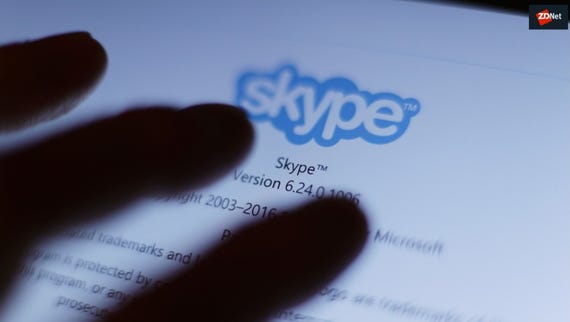 Microsoft has redesigned Skype once again, after taking on customer complaints that the addition of features from Snapchat "overcomplicated" the app.

As a result of user feedback, Microsoft has decided to kill off Highlights, a feature that let users post a collection of photos that friends could react to.

Highlights was Skype's answer to Snapchat stories and came with its poorly received redesign a year ago aimed at making it more of a messaging app.

Microsoft's experimentation with design changes "overcomplicated some of our core scenarios", including Skype's original purpose of making calls, according to Peter Skillman, director of design for Skype and Outlook.

"Calling became harder to execute and Highlights didn't resonate with a majority of users. We needed to take a step back and simplify," he explained.

Skype's designers are now focusing on the main reasons people use Skype, including making voice and video calls and sending messages.

On mobile devices, Skype will now have just three buttons for quick access to Chats, Calls, and Contacts. Along with Highlights, Capture is disappearing as well. Users who posted Highlights will have until September 30 to download them.

"Our new navigation model removes redundant and underused features that create clutter -- making it much easier to find the people you want to talk to and contact them in an instant," said Skillman.

The Skype desktop app is getting updated to make it simpler for long-time Skype users to get the hang of. Now the buttons for Chats, Calls, Contacts, and Notifications are on the top left of the window.

Microsoft has also brought back the Skype 'Classic' blue theme and dropped decorative elements such as notifications with a squiggle shape cut out since they didn't help productivity.

The design update follows the July launch of Skype version 8, the successor to Skype Classic or version 7.

Microsoft is also working on delivering key features it failed to include in the new Skype.

These include split window view on Windows 10, the ability to change the font size in chat, searching for a message within chat, online status improvements, privacy settings, and simplifying how to add a phone number as a contact.

Skillman said users can expect many more changes in coming months as it works on improvements for calling, chat, and contacts. Users can now also vote up feature requests on Microsoft's new UserVoice site.

"We are listening to your feedback and are wholly committed to improving the Skype experience based on what you are telling us," he wrote.

Join Discussion for: Microsoft: You complain Skype's too complicated,...