Need a Windows 10 PC in your pocket? Phone-sized Ockel Sirius A might just fit

A Dutch hardware company is working with Microsoft to deliver a completely different Windows 10 device.
Written by Liam Tung, Contributing Writer on Oct. 18, 2016

Dutch hardware developers have launched the Sirius A, a Windows 10 device with phone-like specs but all the ports you'd expect from a PC.

The maker of the Sirius A, Netherlands-based Ockel, describes it as the "world's most versatile mini PC" and is looking ship the device by May 2017, after rounding up its search for backers on Indiegogo. 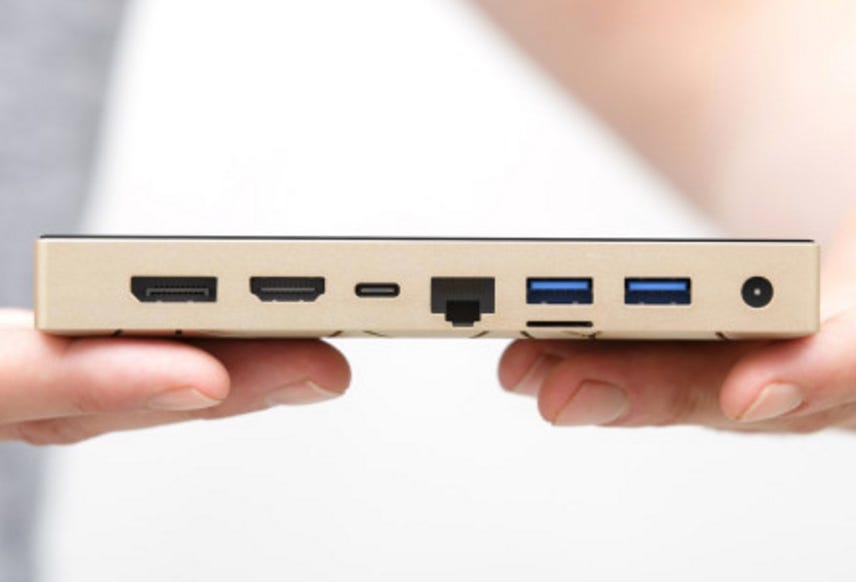 Besides these features, the Sirius A aims to capture the feel of a desktop via additional ports not found in any smartphone. These include two USB 3.0 ports, a USB Type-C port, and ports for HDMI, a DisplayPort, Ethernet and a 12V power input for stationary use-cases, such as employing it as an input device when connected to a larger display.

It will also ship with Windows 10 Home 64-bit, so all desktop applications should work on the tiny PC, and it's powered by an Intel Atom quad-core processor with 4GB RAM. Wireless connectivity is provided by a Wi-Fi chip and Bluetooth. However, unlike most PCs, it eschews a cooling fan. Instead, it has a heatsink built into the aluminum casing.

As a mini-PC, the device should be extremely portable at 85mm x 150mm wide. Likely to support the additional PC ports, the Sirius A features an interesting tapered design, starting at 20mm wide on the port side, slimming down to 6mm at the front. Despite its pocketable form-factor, the Sirius A only has battery life of about three hours under "casual usage".

The company says it's working with Microsoft to develop a "switch mode" that will allow the device to behave as a mouse or soft keyboard when connected to a larger screen.

It's not clear from the Indiegogo campaign whether when used as a mobile device the screen automatically rotates to suit the direction in which it's held.

The Sirius A follows Ockel's release last year of the Windows 10 Sirius B, which lacked a touch display but otherwise offered similar specs.