Equipping firefighters with these technologies will help them better understand and respond more quickly to bushfires, the report found.
Written by Aimee Chanthadavong on Aug. 24, 2020 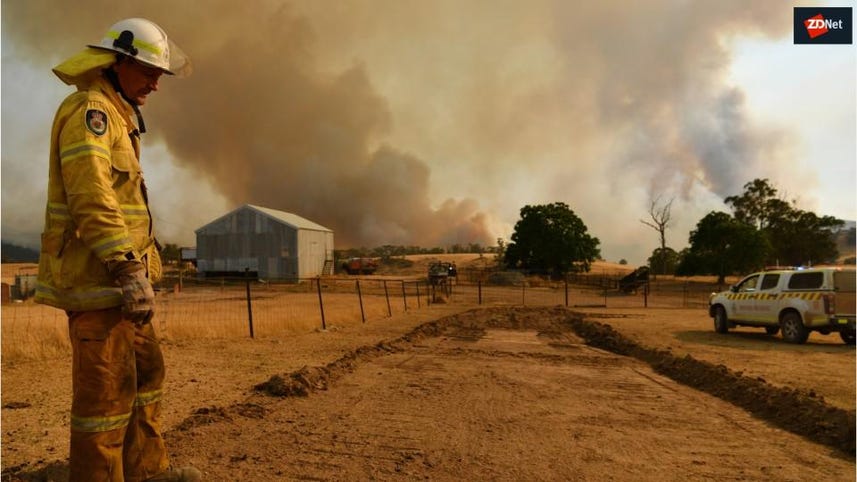 "While noting that the 2019-20 fires were unlike anything seen in NSW before, the inquiry also notes that modern day technology and research advances have made us more capable of responding to them than at any time before," the report stated.

"But we need to push our technological and our research capabilities much harder so that we can make massive improvements in fire and fire risk interpretation and response."

The final report [PDF] is the result of an independent inquiry that examined the causes, preparation, and response to the state's devastating 2019-20 bushfires.

A total of 76 recommendations were made and the state government have accepted them all.

"The NSW government has worked in lock-step with the RFS (Rural Fire Service) and Resilience NSW to ensure the state is as prepared as it can be to face the next fire season, but the learnings from this Inquiry will help us further improve our preparedness and response," NSW Premier Gladys Berejiklian said.

"The NSW government has already delivered more than AU$45 million in additional funding, announced in May, to fast-track hazard reduction and deliver upgrades to our firefighting capability.

"This was a terrible bushfire season and we will look at all the steps we can take, especially in relation to helping people protect their property."

Alongside introducing new technologies, the report recommended establishing a spatial technology acceleration program. It believes the program can help "maximise the information available from the various remote sensing technologies currently in use and to plan for inclusion of new remote sensing systems that can sense precisely and rapidly through heavy smoke, cloud, fog, and dust".

The report added as part of the acceleration program, government should support the deployment of remote sensing and picture processing technologies to monitor and audit how well asset protection zones are being maintained, especially around towns.

"The challenges of the 2019-20 season also present the state with a unique opportunity -- to harness our significant research and technology strengths to become a world leader of bushfire research, including technology development and commercialisation, with a particular focus on extreme bushfire behaviour," the report said.

In addition, the report highlighted how there is an opportunity to establish NSW as a "major world centre" for bushfire research, technology development, and commercialisation. Part of that would involve creating a bushfire technology fund to assist with the rapid development of technologies and services that can "sense, fight, mop up after, and protect from bushfires".

"This will improve our ability to understand, model, and predict the likelihood of extreme fire behaviour in the landscape and enable targeting of firefighting resources to areas where fires are likely to become most damaging," the report said.

The inquiry also examined the communication problems that communities faced during the 2019-20 bushfires. It uncovered, based on findings by the Australian Communications and Media Authority, that most telecommunication outages were due to power failures rather than direct fire damage to communication assets.

As a result, the inquiry has pressed for Australian governments to revise the regulatory framework around giving government authorities access to information about all private and public critical infrastructures.

It noted these changes could possibly include compelling owners of critical assets, such as telecommunication providers, to provide annually updated metadata so that government authorities can plan, prepare, and respond to bushfires. The suggested metadata would include information about location, ownership, access, details of service, and infrastructure supports, and fire treatments of building and surrounding zones.

The release of the report comes a day after the state government announced it would investigate how AI, combined with data from satellites and local sensor networks, could be used to help speed up bushfire detection and predict fire behaviour.

The research will be part of the 2020 Bushfire Data Quest, a week-long online sprint event that will see participation from universities, research institutes, philanthropy, and technology companies.

The challenge is being carried out in partnership with the Minderoo Foundation wildlife and disaster resilience program, which aims to deliver a plan on how Australia and the rest of the world can prevent, mitigate, and defeat bushfires.

Meanwhile, in a separate report [PDF] released last week, the NSW Productivity Commissioner put forward a draft recommendation for the state government to work with regulators such as the Commonwealth Civil Aviation Safety Authority to enable industries to easily use drones, beginning with the agriculture sector.

"The NSW government should work with the Commonwealth Government (as the regulator) to revise regulatory controls or provide a targeted exemption to let NSW farmers use drones more easily. CASA could then help put that in place as it has done with drone delivery systems in Canberra and Queensland," the Productivity Commission outlined in the Green Paper.

Deals
The slow death of the iPhone Lightning port