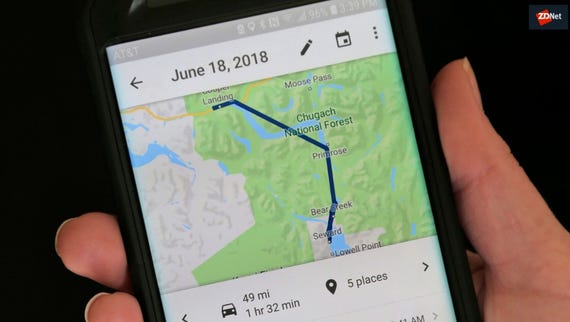 Google does some explaining over the Location History setting
Watch Now

They're such diffident sorts at Google.

They shy away from conflict and controversy, preferring to creep around and follow your every step, word, and breath.

They don't give a good show. They don't even like to talk much, if they can help it.

Also: How Google aims to save journalism, thwart fake news

Perhaps, that's why, at tomorrow's Senate hearing about Russian interference in the 2016 Election, Google intends to send one of its lawyers, rather than, say, CEO Sundar Pichai.

This is a stark contrast to Facebook and Twitter. The latter's CEO, Jack Dorsey, will be there to offer his contorted logic, while the former's COO, Sheryl Sandberg, will be there to, perhaps, sandbag eloquently.

Why would Google send a lawyer?

Well, lawyers love to talk almost as much as they love to say nothing at all definitive while they're talking.

But it's a curious position for Google to take.

Yet it's scared of sending its CEO to talk objectively to his intellectual inferiors.

Senators generally grasp technology like they grasp truth. They hold it at arm's length and wonder why people think it's so important.

Attending the hearing would give Pichai a fine platform upon which to patiently explain how Google works and what it's limitations actually are.

After all, the company's newly appointed search liaison, Danny Sullivan, recently explained to CNBC that one thing Google isn't is a "truth engine."

Pichai could surely enlighten the committee about the nuances of all this. He could remind the members that our own critical faculties are still important when we search for news.

He might even make a joke about how the critical faculties of many senators have been sorely lacking in the last two years.

I suppose, though, that Google only makes jokes on April Fool's.

The rest of the time it hopes that Facebook and Twitter remain the poster children for the vile, the bile, and the Russian guile, while Google swallows ever more information and trades it for ever more advertising dollars.

I contacted Google to ask whether it had experienced a change of heart about the committee and will update, should I hear.

After all, even Democrats aren't happy with the company. Democratic Sen. Mark Warner muttered to CNBC: "Chances are there's going to be an empty chair there. And I think there will be a lot more questions raised that could have been actually dealt with if they sent a senior decision-maker and not simply their counsel."

Which leads one to a sad conclusion: Google is afraid of the truth.

Or, perhaps, it's afraid that Pichai might perform a little like Facebook CEO Mark Zuckerberg at a previous Senate hearing in April, when he appeared not to know how his site worked.

Instead, then, the company wants to send a lawyer.

Because to a lawyer, the perfect result is that no difficult truths come out at all.

Google sued for tracking you, even when 'location history' is off

A lawsuit accuses Google of tracking a man against his wishes and disguising what 'location history off' means.

Join Discussion for: OK, Google. What are you afraid of?