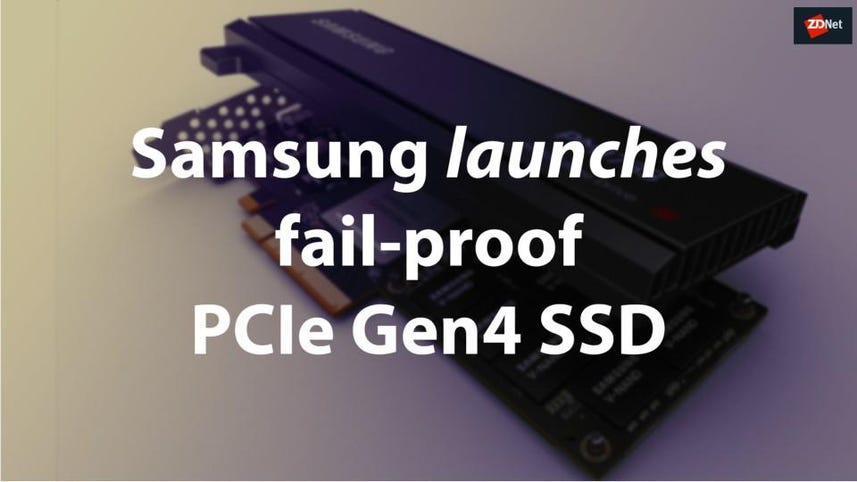 Samsung Electronics has launched new SSDs with fail-proof technology that will allow them to operate even if the NAND chips within them fail.

This will allow servers and data centres to save costs as NAND chip defects usually require whole systems to be turned off when swapping the malfunctioning SSD or performing data backups, Samsung said.

Each will have SSD virtualisation software that divides a single SSD into 64 smaller units, allowing for multiple users to use it simultaneously and independently. This will allow cloud operators to offer more users services with the same SSD resources and also reduce the virtualisation workload of server CPUs as the SSD itself can handle the load.

In addition, the newest SSDs will have V-NAND machine learning technology. Using big data, it will allow an accurate reading of data during ultra-fast processing by reading the electricity difference between circuits and cells within a NAND level.

Despite the recent downturn in the memory market where Samsung saw its operating profit halved for the second quarter, the company has continued to launch new products to try and cement its position as a market leader.

In January, it shipped 1TB eUFS 2.1 aimed at smartphones.

The SoC combines an application processor and a 5G modem into one chip.

Samsung's new Isocell Bright HMX image sensor aimed at smartphones boasts 108 million pixels and was made in collaboration with Xiaomi.

Samsung continues to stay ahead of the pack by beginning production of the industry's first 100-layer V-NAND aimed at enterprise SSDs.

The new DRAM package will power upcoming flagship phones and consist of eight 12GB LPDDR5 mobile DRAMs that will run at a data rate of 5,500Mbps.