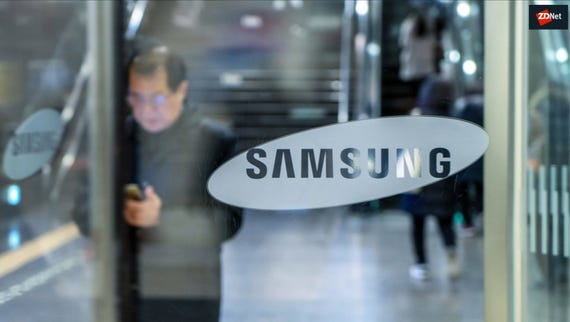 Samsung Electronics has posted its highest ever operating profits of 17.57 trillion won, up 21 percent from a year ago, in the third quarter of 2018, the company announced.

Its semiconductor business contributed operating profit of 14.56 trillion won, a record for the division and over 80 percent of the profits for the entire company.

The mobile business contributed 2.22 trillion won, a significant drop from last year's 3.29 trillion won. It is also considerably lower given that third quarter profits are usually high thanks to launch of flagship phones.

Samsung said flagship sales were strong but overall stayed flat due to it refreshing its low- to mid-end line-up. The South Korean tech giant recently launched the A7, its first quad camera phone, to defend from the onslaught of Chinese vendors, especially Huawei, launching price-competitive phones that chip away its market share in the low to mid-end.

It said mobile will "expand flagship sales by offering new design in and enhanced lineup" in 2019, and will strengthen competiveness with the launch of foldable and 5G devices.

Samsung's consumer electronics business marked 560 billion won in operating profit, a rise from last year's 490 billion won thanks to improved sales of its premium TVs such as QLED and ultra-large-sized TVs.

Is OLED slowly burning down?

LG may be winning the battles, but Samsung is winning the war in the global premium TV market as OLED's burn-in problems persist, making the upcoming CES and the next year ever more important.

As Samsung reportedly sues a Russian TV personality for her alleged subterfuge, it's worth asking whether the Korean manufacturer is a little too desperate for fame.

We have now seen the announcement of just about every major smartphone for 2018 with the OnePlus 6T being revealed in the next couple of weeks. It is extremely difficult to arrange the top five as the quality of smartphones today is fantastic.