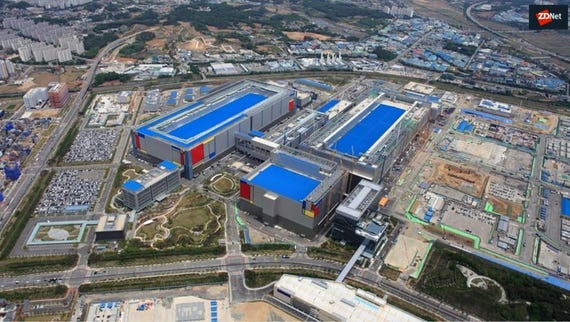 Samsung has begun construction of a new contract chip-making line at its plant in Pyeongtaek, South Korea, the company announced on Thursday.

The new line will use extreme ultraviolet (EUV) technology to make chips that are 5 nanometres or smaller, Samsung said.

It will begin full operations in 2021 and make chips for use in 5G, high-performance computing, and artificial intelligence, the South Korean tech giant added. Samsung first announced the successful development of a EUV-based 5nm process last year.

When the new line is complete, Samsung will have, in total, seven contract chip-making lines located in South Korea and the United States.

The company began producing EUV-based chips made with the 7nm process in 2019.

In February, Samsung began operations of its EUV-dedicated line, called V1, at its plant in Hwaseong, South Korea, making chips in the 7nm process.

The South Korean tech giant is a world leader in memory chips, but second-place to Taiwan Semiconductor Manufacturing Company (TSMC) when it comes to contract chip-making, called foundry in the semiconductor industry.

Last year, Samsung said it will invest 133 trillion won, or around $115 billion, into logic chip businesses, which includes foundry, by 2030 to become the market leader in the area.