By Larry Dignan for Between the Lines | April 10, 2018 | Topic: Enterprise Software 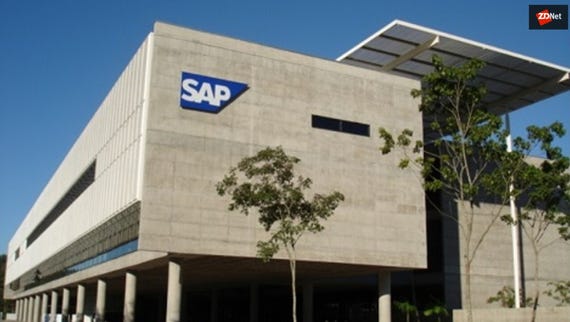 SAP has revamped its sales model to differentiate between direct and human access to its systems and indirect digital access as corporate systems increasingly connect to the Internet of Things and automated processes.

It remains unclear what SAP's pricing changes will mean for an individual customer. Enterprises will have to analyze their usage, digital networks, and levels of direct access to SAP's ERP platform and indirect. Since SAP's previous model counted a digital interaction -- say, a validation or calculation or information swap with a third party system like Salesforce -- as a user the move to consumption and document level pricing may be a benefit.

In addition, SAP moved to separate its license sales operations from audit and compliance. The separation of functions should make it easier for SAP customers to reconcile older commercial agreements with digital business. A consumption-based model should give customers more visibility into usage and reduce SAP audits--at least in theory.

Here's a look at the key points and what they mean to the SAP installed base.

What SAP is doing? SAP took months to change its pricing model and has lumped the effort under its customer trust efforts outlined by CEO Bill McDermott last year. McDermott at SAP Sapphire last year noted the customer anxiety over indirect licensing. The reality is that it's not good business to be at odds with customers over pricing and digital business models.

SAP had to alter its pricing model because more systems are accessing its software, but don't qualify as users. Indirect access via the Internet of things, bots and cloud systems will be licensed based on transactions and documents processed in the system itself. This consumption-based approach makes more sense.

Can customers stay under the old model? SAP said that customers can remain on the current model or move to the document-based pricing model. Whether customers swap pricing models will require some analysis on indirect access vs. direct. Companies may be able to reduce direct licensing costs while increasing indirect. How SAP gets paid will depend on an enterprise's architecture and how third party systems such as Salesforce, Workday and Oracle would connect to the ERP platform. Maturity in areas such as IoT may impact the calculus too.

So audit and compliance should be much easier correct? SAP said it will provide more visibility into usage and license consumption so in theory maybe all that software audit ugliness goes away. Doubtful. However, SAP said it will separate sales and audit/compliance. Those conversations with SAP can happen separately. With sales and audit tied together in the same group, it's way to easy to have a salesperson say sign this deal and we won't audit you.

When does the pricing model go into effect? SAP started the rollout this month and SAP will be working with customers going forward educating them about the model.

What should an SAP customer think of this move? SAP has shown humility in addressing the indirect access concerns. SAP's McDermott has noted in two consecutive years that the company had to have empathy and build trust with customers. This pricing swap is a down payment on those efforts. In addition, SAP worked with user groups and tested the waters with various insiders in the buying process. For instance, Dennis Howlett at Diginomica has a long back story, DealArchitect's Vinnie Mirchandani had some input and Constellation Research's Ray Wang was briefed. Various user groups such as ASUG and SUGEN were involved.

What isn't known? Details for your specific situation are wild cards. In SAP's pricing document, the company noted that not all documents accessed will be weighted equally. The company said:

In other words, SAP launched the first volley in its pricing transformation. Now it's time to stay tuned for further details.