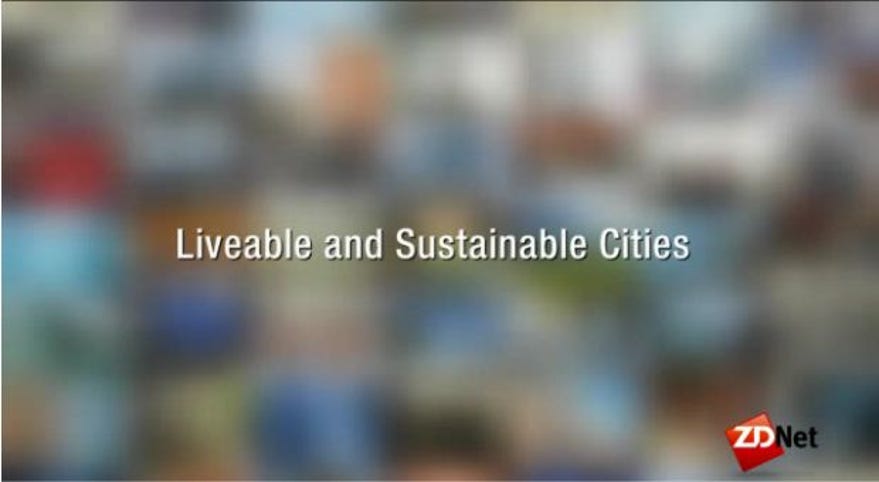 At a media briefing held here Friday, show organizers expressed hope that the integration of all three events--themed "liveable and sustainable cities"--will give world leaders a wider platform to exchange ideas and best practices. Topics to be discussed include how technology can be harnessed to build smart cities.

Technology will play an important part in making cities more liveable and sustainable, noted Cheng Hsing Yao, deputy executive director at the Centre for Liveable Cities. "When it's used with strong governance and very well-evolved policies, technologies could be used to trace and sense and track, say, the flow of traffic, water and drainage, and so on.

"In addition, technologies can also be used for things such as telecommuting so we can spend less time on moving around and more time on quality life," Cheng told ZDNet Asia on the sidelines of the briefing.

One focus at the biannual World Cities Summit will be the ramping up of opportunities for business collaboration. This includes a new platform, called in-focus sessions, on which government leaders and service providers share their ideas and explore investment opportunities in the region, he said.

Cheng pointed out that one of the in-focus sessions will focus on Japan's experience in its rebuilding efforts after a spate of natural disasters recently.

Added focus on waste management
Another new event that will be introduced is the CleanEnviro Summit which will focus on waste management solutions. Citing estimates from Pike Research, Singapore's National Environment Agency (NEA) noted that, in 2011, out of the 2 billion tonnes of municipal waste generated around the world, only 11 percent went into waste-to-energy plants, while the majority 70 percent ended up in landfills.

According to NEA CEO Andrew Tan, the summit was timely as discussions over waste management had always taken a backseat to other issues such as water and energy.

"There's one area that's missing in this equation and that is waste," Tan said. "If you look around the world today, particularly in Asia, most of the waste is dumped in landfills. It may be the easiest solution but it may not be the best, and I think it's time to look at more sustainable ways of managing waste."

"This year, TechXchange will be full day [event], where we will bring the innovators and match them with investors, and see how we can take the technologies out of the labs and help to commercialize them--both in Singapore, and on a regional and global basis."