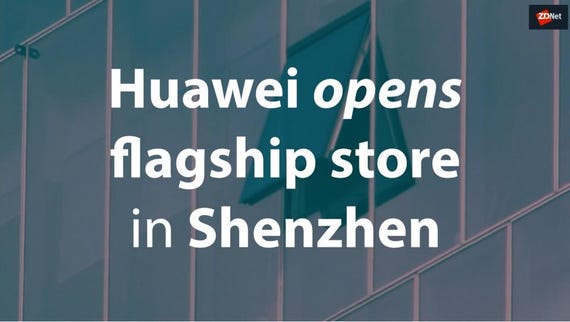 The Trump Administration is planning to relax the ban which prevents companies in the United States from dealing in any product sales to Huawei, reports suggest.

On Wednesday, the New York Times reported that licences will be issued that permit some US companies to sell "non-sensitive" goods to the Chinese vendor, which is embroiled in an ongoing trade row with US government officials.

The publication says that in a meeting last week, US President Trump "gave the green light" on a limited number of licences to be issued to companies, permitting them to circumvent a ban on trading with and supplying Huawei with "general merchandise."

A national security order issued by the president in May effectively prevented US companies from working with the vendor.

At the same time, a bevy of tariffs on imported Chinese products was estimated to have cost the tech industry an estimated $1.3 billion in May 2019, with an estimated $14 billion paid to date, according to the Consumer Technology Association. In total, three rounds of tariffs imposed would impact $250 billion in US products if enforced -- a potential future unless US and Chinese leaders break the trade war impasse.

The Trump Administration has implied that other tariffs may also be imposed in the future unless terms are agreed upon.

Huawei was added to the US Entity List in May, which includes vendors disallowed from trading with US companies on the grounds of national security unless approved by the government. Recently, eight new Chinese technology companies were added to the list for allegedly being involved in the suppression of Uyghur Muslims and other ethnic minorities.

In addition, 20 Chinese public security bureaus have been added to the list.

In Huawei's case, the tech giant was given a reprieve until November to continue trading with the US in order to give partners the opportunity to keep existing networks and equipment functional until alternative arrangements could be made.

The report surfaced at the time the US and China are on the brink of the 13th round of trade talks aimed at agreeing on a resolution satisfactory to both parties to end the tariff war.

The ongoing trade battle could impact US companies based in China, too. Recently, government officials confirmed that the president does have the power to force American firms out of China -- but no such orders have yet been made.

Huawei, as one of the world's most popular smartphone vendors, has not only suffered when it comes to purchasing components and materials from US companies, but also when it comes to its product lines. Inclusion on the Entity List, even with a temporary licence to continue trade, has thrown the operating system of future handsets in doubt.

With the partnership between Huawei and Google in disarray, the use of the Android mobile OS has been, too. Without the full assurance that future Android handsets would be able to receive updates, Huawei has developed an alternative operating system called Harmony, or Hong Meng.

The temporary licence still holds and the Chinese tech giant does not want to fragment its ecosystem unless absolutely necessary -- and so, for now, no handsets will be launched during 2019 with the new 'plan B' operating system.

To bring the point home, a new variant of the P30 Pro smartphone is shipping with the latest version of Android this year.

Join Discussion for: Trump relents on US companies supplying products...