The USPS will use Nvidia GPU-accelerated servers from Hewlett Packard Enterprise to process mail faster and more accurately.
Written by Natalie Gagliordi on Nov. 5, 2019 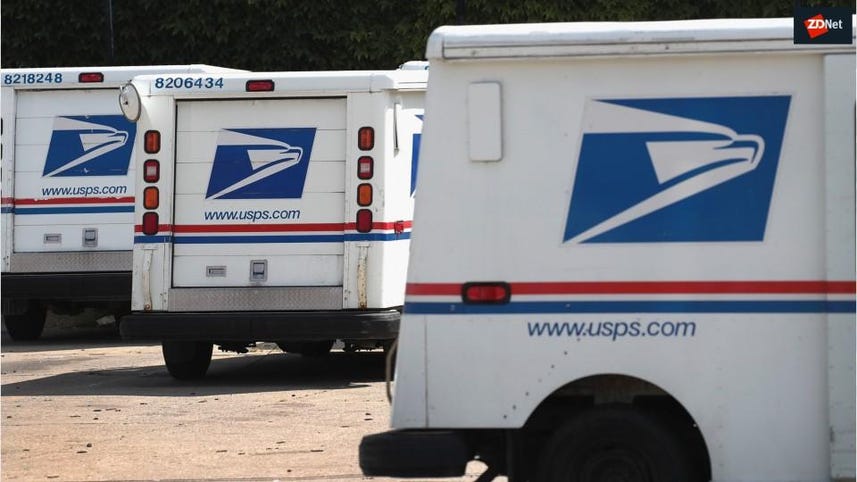 The United States Postal Service (USPS) is the largest postal service on the planet, with more than 485 million pieces of mail delivered every day. That kind of scale poses significant operational challenges, particularly when it comes to sorting and processing packages in a USPS facility. However, the USPS is now turning to artificial intelligence to process package data more efficiently.

Specifically, the USPS will implement a system that utilizes high-performance servers powered by NVIDIA V100 Tensor Core GPUs and deep learning software to train multiple algorithms. The trained models will be deployed to NVIDIA EGX edge computing systems at nearly 200 USPS processing locations across the US.

According to Nvidia, the AI will help the USPS facilities boost processing speeds tenfold by reading address labels more quickly.

"AI is transforming multiple industries, enabling processes, accuracy and efficiency not possible before," said Anthony Robbins, vice president of the Federal Sector Business at NVIDIA. "The US Postal Service's adoption of AI demonstrates how this powerful technology can improve an excellent service that we rely on every day."

Delivery and testing of the system will begin this year, and is expected to be fully operational in spring of 2020.

Nvidia's EGX Edge Supercomputing Platform was unveiled in May. It's meant to accelerate AI in edge applications and is optimized for real-time AI services like vision, speech and analytics. EGX server partners include ATOS, Cisco, Dell EMC, Fujitsu, HPE, Inspur and Lenovo.