If you want to play along at home, take a look at the screenshots in this post and see if you can spot something odd.

I'll wait here for you.

Seen it? No, let me give you a clue, look at the off-screen battery usage figure.

OK, here's what I noticed in the Settings > Battery screen: That's telling me that something is chewing at the battery off-screen for, well, most of the day. This means that something was running while I wasn't using the phone. While background activity is normal, that much isn't.

Since I first noticed this from a screenshot I'd taken, I decided to take a look to see if the problem was still on-going. 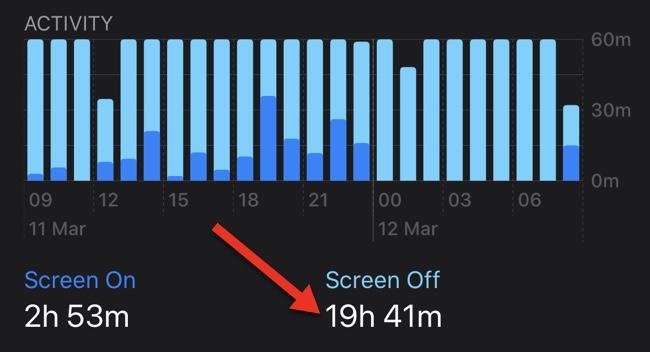 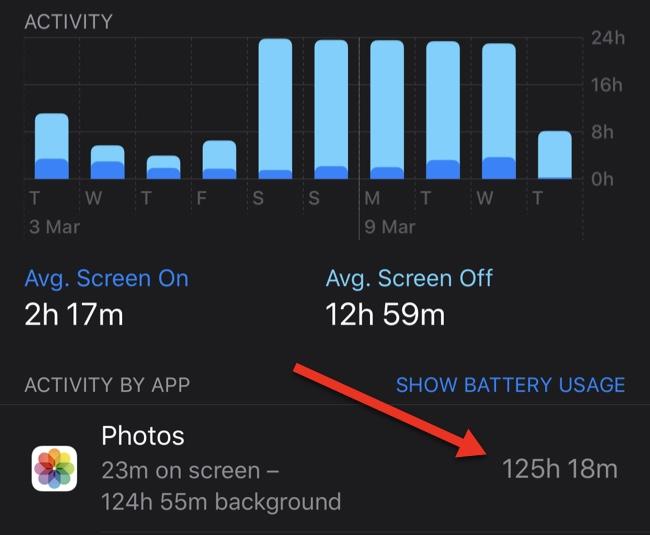 It's the Photos app. It's doing something in the background, and had been for 125 hours over the previous ten days.

Must read: Fixing up a 30-year-old Swiss Army Knife

So, another question. How would you fix an app gone haywire?

I decided to take the simplest course of action, and just reboot the handset. Would it work?

I rebooted, and waited a few hours, and saw that background usage -- measured by the light blue bars in the chart -- had fallen dramatically. 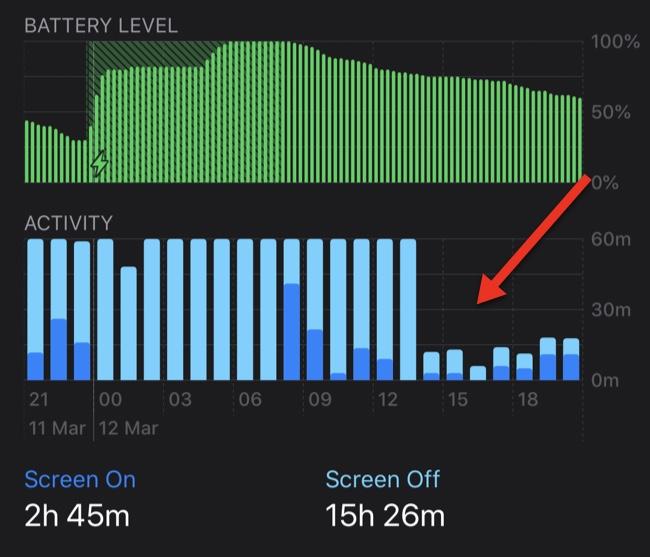 Now, what's interesting is that when it came to battery life, I'd not really noticed that much of a hit. The iPhone 11 Max Pro has such a huge battery capacity that it absorbed this very well indeed.