Earlier this year, Microsoft management split the Windows division in half, moving Windows engineering into the same group as Azure engineering. It was only a matter of time until Windows and Azure would start sharing the same codenaming scheme, right?

The Azure team uses the elements for codenames. The current Azure codename for the 19H1 deliverables is "Titanium," (Ti) I hear, but the Windows client team didn't end up using that, as they'd already started employing internally and externally "19H1."

The Windows 10 feature release that some of us were expecting to be called 19H2 will actually be called "Vanadium," (V) my contacts say, in keeping with the Azure naming scheme. If the team sticks with the order of the table of elements, the first Windows feature release in 2020 would be called "Chromium" (Cr). Obviously, that could create for more than a bit of confusion, given Google's use of that term. As a result, I'm hearing the team is likely going with a made-up element name for that release, likely "Vibranium." (Vibranium is what Captain America's shield is made out of, as I've been schooled.)

I've asked Microsoft to confirm the Vanadium and Vibranium codenames for the coming releases of Windows, but no word back so far. (I'm not holding my breath.) Update: A spokesperson said Microsoft had no comment. 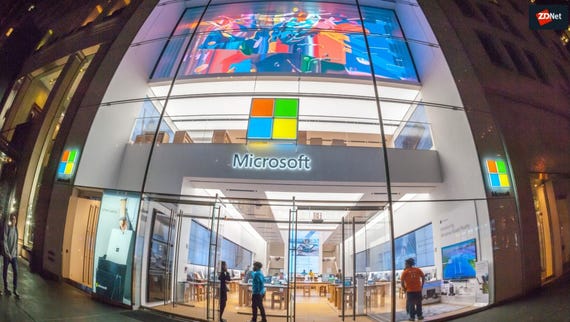 A quick refresher on the Windows 10 feature update codenames to date:

The codename Threshold, for those wondering, derives from the planet around which the first halo ring orbited in the original Halo game launched back in 2001. The Redstone codename came from Minecraft, which Microsoft acquired when it bought Mojang.

Even though "Redstone 5," a k a the Windows 10 October Update/1909 still has yet to re-materialize, planning and codenames don't stand still.

Also: What is the best way to reinstall Windows 10? TechRepublic

Update: As The Walking Cat on Twitter reminded me, the Surface team also seems to have been using the elements, as well, as some of their codenames. Among the codenames for the latest Surface devices were "Caprock," "Croton" and "Forks," which correspond with the Ca, Cr and F chemical elements, The Cat pointed out.

Join Discussion for: What comes after Windows 10 19H1? Vanadium