The iPhone 11 and 11 Pro line up contains a chip that allows its exact position to be calculated relative to other devices in the same room. Last year, it came to light that this tracking feature remained active despite turning off Location Services.

The chip, called the U1, controls a feature called Ultra Wideband, is baked into the iPhone 11, and active in most regions (except for Russia, Iran, Argentina, and Indonesia). Apple calls Ultra-Wideband "GPS at the scale of your living room" and is intended to make features such as AirDrop work better and smarter.

Must read: The ultimate MacBook USB-C accessory just got better

But the fact that this feature did not turn off when Location Services was turned off caused a ripple of anxiety across the tech press and social media, something that wasn't helped by the fact that it took Apple a few days to come up with an explanation as to why this "feature" could not be switched off. A pain when you consider that, for example, in Australia, Ultra-Wideband transmitters must not be operated close to selected radio-astronomy sites.

The new iOS 13.3.1 update now allows this feature to be turned off, either selectively, or when turning off Location Services.

The setting for selectively turning this feature off can be found by going Settings > Privacy > Location Services > System Services and toggling the Networking & Wireless. 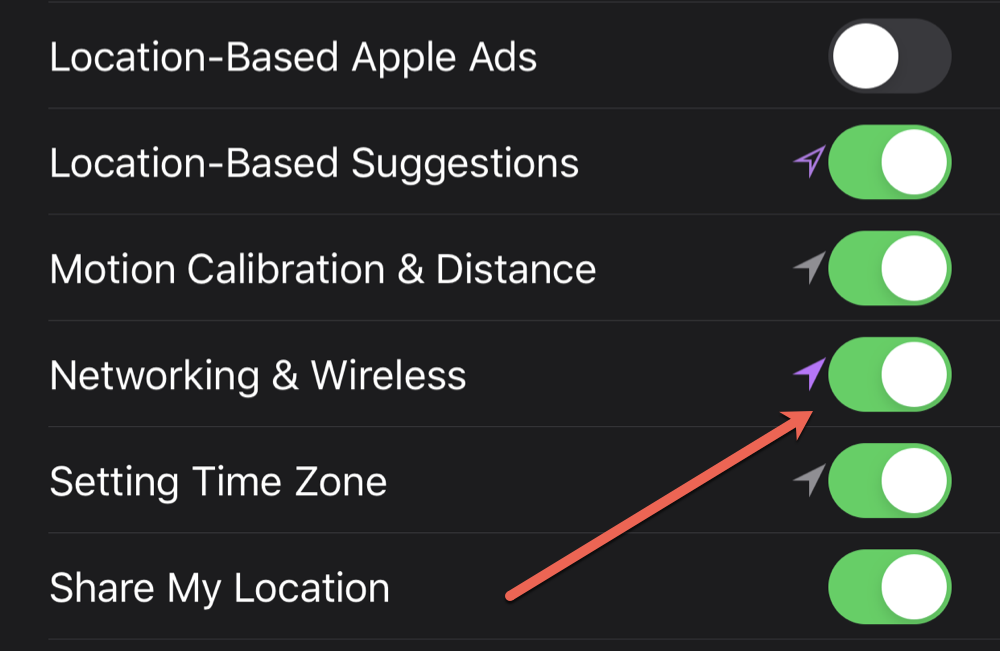 iOS 13.3.1 can be downloaded over the air by going to Settings > General > Software Update.