An analyst sees strong sales of the iPhone 4S in its current markets. If that momentum repeats overseas, Apple is set up for a monster December quarter.
Written by Larry Dignan, Contributor on Nov. 1, 2011
Apple's global rollout of its iPhone 4S is picking up as preorders for Hong Kong and South Korea kick off Nov. 4. So far, Apple’s voice recognition technology has driven sales for the iPhone 4S and now it'll become clear whether Siri carries the day everywhere.

According to a statement, Nov. 11 marks another big leg in the iPhone 4S rollout. Apple said the iPhone 4S will be available in Albania, Armenia, Bulgaria, El Salvador, Greece, Guatemala, Hong Kong, Malta, Montenegro, New Zealand, Panama, Poland, Portugal, Romania and South Korea. The company has 29 countries covered today and wants to get to 70 by the end of the year.

If Siri becomes a hit internationally and at scale, Apple may be setting it up for a monster December quarter. Sterne Agee analyst Shaw Wu said on Tuesday that his spot checks indicate that the iPhone 4S is generating strong sales. Apple customers also appear to be gravitating to the high-end iPhone over the iPhone 4 ($99) and iPhone 3GS (free with two-year contract). Wu wrote in a research note:

Despite global macroeconomic headwinds, Apple continues to defy conventional wisdom with a higher-end product mix. Talking to industry sources, what’s driving the 4S is better than expected reception of its new Siri software.

Other data points from Wu include: 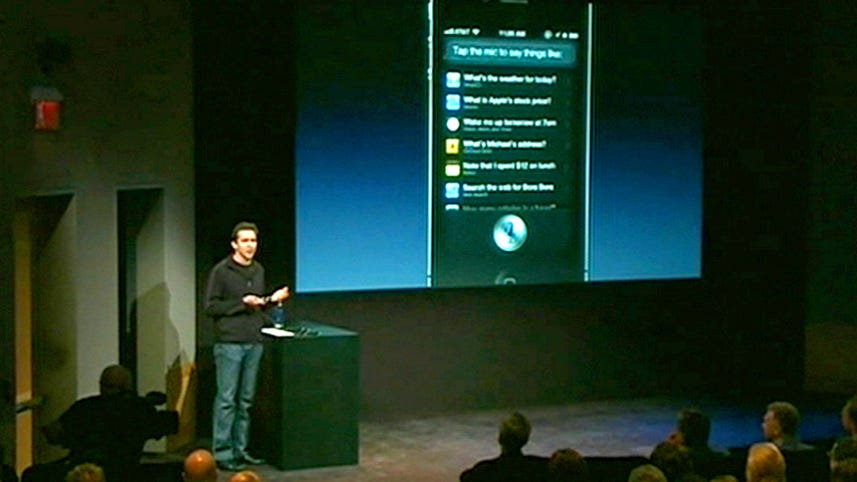