YouTrip has snagged $30 million in its Series A funding round, which it says will be used to beef up its payment products and grow its footprint in Southeast Asia. In particular, the Singapore-based fintech startup is eyeing the business-to-business (B2B) payments market, where small and midsize businesses (SMBs) are keen to adopt digital banking services.

YouTrip said in a statement Tuesday the latest round pushed its total funds raised to $60 million since its launch in 2018. It added that previous investors returned to participate in the funding exercise, including major Asian family offices and fintech investors. The digital bank secured $25.5 million from its Pre Series A in 2019.

YouTrip, which provides multi-currency wallet, said the new funds would be tapped to boost its products for both consumers and enterprises, as it looked to enter the lucrative B2B payments market. 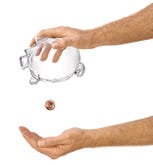 Global cross-border payments, for one, were expected to hit $156 trillion next year, with B2B transactions projected to account for the largest share at $150 trillion, according to figures from EY.

Noting that there was strong interest amongst SMBs to adopt digital banking services, YouTrip revealed it would officially introduce a credit card YouBiz in Singapore next quarter, with further plans to offer the product to five other Southeast Asian markets over the next 12 months.

Currently in its beta launch, YouBiz has garnered more than 1,000 enrolments, according to the startup. The credit card supports more than 150 currencies and enterprises would be able to consolidate all expenses on a single platform, YouTrip said.

Its co-founder Arthur Mak added that it hoped to help enterprises achieve cost savings by offering a user-friendly interface and low exchange rates. "We're very excited about the B2B payments opportunity," Mak said. "It is a segment with a deep market, as companies increasingly operate in a distributed and borderless manner and we expect their cross-border payment needs to go up."

YouTrip also pointed to plans to add new features in its app, such as a virtual card, an exchange rates dashboard, and enabling users to hold more currencies in their wallet. These were slated to launch in early-2022, as the startup looked to tap increasing e-commerce transactions and a recovering travel industry.

To date, the Singapore startup has processed in excess of $800 million in card spending worldwide, from almost 20 million transactions. Its app has clocked more than 1.5 million downloads.

Its rewards programme YouTrip Perks saw a 150% climb in transactions since its launch in September, it said.

The digital bank added that its transaction volume had rebounded to pre-COVID levels, fuelled by strong growth in cross-border e-commerce transactions and "progressive return" in travel spending.

YouTrip CEO and Co-founder Caecilia Chu said: "From a mobile travel wallet, we have grown to establish a strong foothold in new territories, such as overseas online spending to meet the extraordinary shifts in consumer behaviours. We believe there is untapped potential in cross-border payments...this latest round also gives us the resources to strengthen our multiple growth engines to stay resilient and well-primed for expansion into new vistas."