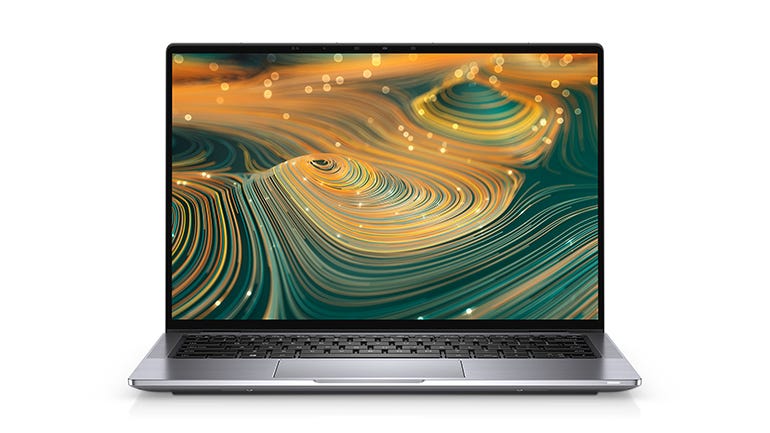 CES in January saw Dell announcing updates to its stylish, portable, business-focussed Latitude range. It's taken a little while for these new products to become available for review, but the timing couldn't be better as models such as the versatile Latitude 9420 are tailor-made for hybrid working and the gradual return to less restrictive working practices.

Dell's model numbering system is a little confusing, as the 'Latitude 9420' name actually refers to two distinct products. The two models do look very similar, with the same silvery-grey metallic casing, and 14-inch screen size, but there are numerous differences. The most affordable version of the Latitude 9420 has a conventional clamshell design, and starts at £1,405 (ex. VAT; £1,806.12 inc. VAT, or $2,039) with an 11th generation Core i5 processor, FHD+ (1920x1200) non-touch display and Windows 10 Pro.

However, we reviewed a more expensive model, which has convertible 2-in-1 design with a touch screen display that folds right back, allowing you to hold it in your hands like a tablet, or to stand it up on a desk with the screen facing away from you for presentations with an audience.

The silver-grey aluminium casing of the Latitude 9420 looks rather reminiscent of Apple's 13-inch MacBook Pro, and it's not much larger either, as Dell has done a good job of streamlining the design to keep the size and weight as low as possible. The Latitude 9420's 14-inch display has only narrow borders around the edges, keeping the overall size down to just 310.6mm wide, 215.2mm deep and 8.2mm-14mm thick. The screen to body ratio is 85.1%.

Dell quotes a 'starting weight' of 1.33kg, which probably refers to the non-convertible model; our 2-in-1 review unit weighed in at 1.4kg. Even so, that's still the same weight as the 13-inch MacBook Pro, so the Latitude 9420 is still a highly portable 14-inch device.

The QHD+ (2560x1600, 215.6dpi) touch screen is sharp, bright and colourful, and well suited to web browsing and streaming video, while the four internal speakers -- two top-firing, two bottom-firing -- produce impressively full sound. The display supports 100% of the sRGB colour standard, making it suitable for simple photo or video editing, although the use of integrated Iris Xe graphics and lack of support for Adobe sRGB or DCI-P3 make it clear that the Latitude 9420 isn't aimed at creative users.

This laptop is well suited to office work though, with a comfortable, responsive keyboard and large trackpad that responds to a light tap, but can also respond to a firmer touch with a satisfying 'click' if you prefer that additional tactile feedback.

The Latitude 9420 is also well connected for such a lightweight laptop, with two USB-C Thunderbolt 4 ports (with Power Delivery and DisplayPort) as well as one HDMI 2.0 port. There's also a USB 3.2 port, a MicroSD card reader, a 3.5mm audio jack for both audio in and out, and a slot for a mobile broadband SIM. A fingerprint sensor provides additional security, and Dell pays good attention to detail with an automatic SafeShutter for the webcam and a quick-mute option for the internal microphones -- both of which can be quickly activated using the F4 and F9 keys. However, the relatively modest 720p webcam is a little disappointing for a laptop in this price range. The Latitude 9420 also supports the new Wi-Fi 6E (which adds a 6GHz band to 802.11ax's 5GHz and 2.4GHz), and Bluetooth 5.2.

And, of course, there's the convertible 2-in-1 design. Admittedly, the Latitude 9420 is a little large and heavy to use in tablet mode for long periods, but tablet mode will still be useful while you're travelling, and the flexible screen options work well for presentations, video calls, or simply for after-hours video streaming. All Latitude 9420 models also include a three-year warranty with next-day, on-site support, which will provide peace of mind for business users.

The Latitude 9420's quad-core Core i7-1185G7 processor delivers very respectable mid-range performance, with Geekbench 5 scores of 1580 (single core) and 6000 (multi core), which isn't that far behind the 7,700 multi-core performance of Dell's Core i9-based Precision 5750 mobile workstation. That will certainly allow the Latitude 9420 to run general office productivity software with no trouble at all, and also to handle mainstream photo- and video-editing.

The Latitude 9420 doesn't benefit from a discrete GPU as the Precision 5750 does, but its integrated Iris Xe does manage 90fps in the Cinebench R15 OpenGL test, although it drops to 16fps in the more demanding Unigine Valley benchmark.

The one area that does leave some room for improvement is battery life. Dell's website states that the Latitude 9420 is equipped with "our most powerful battery" -- yet studiously avoids any battery life claim for the 60Wh unit. Even with the screen turned down to 50%, which remained perfectly clear and visible, the Latitude 9420 could only manage seven hours and five minutes when streaming video from the BBC iPlayer. Lighter use of Wi-Fi should allow you to get a full day's work from this laptop, but it's certainly not in the same league as rivals such as Apple's M1-based MacBook Pro.

The battery life of the Latitude 9420 may leave room for improvement, but it should still provide a full day's work when you're on the move, and there's plenty of processing power to handle productivity tools such as Microsoft Office. The versatile 2-in-1 design is the highlight, though, and along with the high-quality QHD+ display and speakers makes the Latitude 9420 an excellent option for mobile professionals.