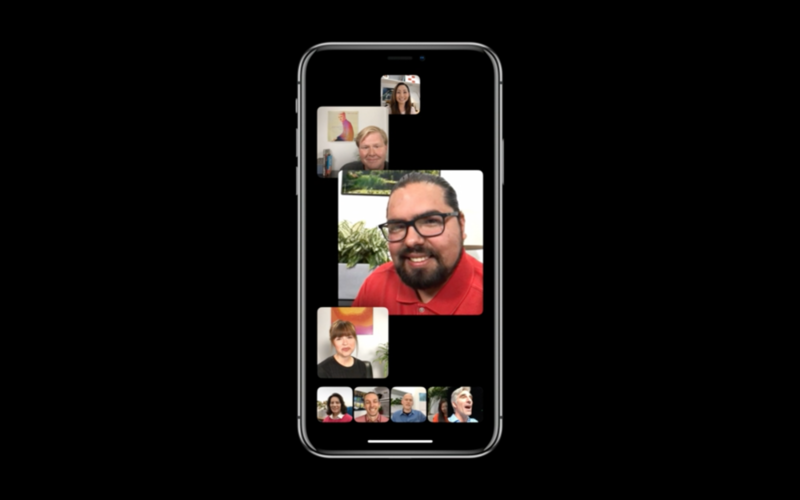 If you're going to be holier than thou, please make sure that thou doesn't discover you're just as untrustworthy as all the others.

For years now, Apple has protested that its dedication to user privacy is akin to that of a priest who would never, ever repeat the affairs you admitted in great detail during a particularly arduous session in the confessional booth.

It seems, though, that what happens on FaceTime on the iPhone might not be quite so private.

Also: Apple disables Group FaceTime function that was allowing callers to listen and view without your consent

A bug on the ever-popular video-chat mechanism allows people to listen in on other people's daily lives and even watch them doing things they likely wouldn't want anyone to watch. Especially someone with whom they might occasionally FaceTime.

Naturally, Apple has already declared it is issuing a fix.

Fixing the bug will, no doubt, be simple. Fixing the dent in its brand image might be a touch harder.

Privacy has, of late, become Apple's significant point of difference. Cupertino has pointed fingers at the likes of Facebook and Google for their cavalier ways toward people's personal data and lives.

Yet here's Apple being caught allowing people to snoop quite effortlessly into the lives of others.

Worse, Monday was Data Privacy Day. (I missed it, too.) This incited Apple CEO Tim Cook to offer on Twitter: "On this #DataPrivacyDay let us all insist on action and reform for vital privacy protections. The dangers are real and the consequences are too important."

There's an enormous tension between Apple's deeply professed wish for personal privacy and the direction tech companies are driving change.

For example, the so-called Internet of Things -- really an enmeshing of snoopy technology into every single human action -- naturally augments the danger of public exposure.

Also: I asked Apple for all my data. Here's what was sent back

Just as with so many technological developments, clever devices are being created first and their security implications are being addressed on the Twelfth of Never.

Oh look, isn't it clever that you can get Alexa to turn on your lights? Yes, just as clever as it is for Amazon to send your private conversations to someone you don't even know.

For all Apple's good intentions -- and I suspect it has at least some -- it finds itself in a very difficult technological situation. It's desperately trying to maintain privacy in an atmosphere in which both tech companies and their customers seem to disregard it.

It's true that most tech companies, despite their protestations to the contrary, make sure it's hard for customers to secure an exalted level of privacy. It's bad for business after all.

For Apple, though, this quite-horrific bug reduces its ability to claim it's any different from the rest. It can't scoff at its rivals when it can't even create the most basic safeguards.

It can't tell its customers that it values their privacy when it can't ensure that privacy at the most basic level.

I asked my HomePod-y Siri how I could make FaceTime secure. She replied: "I can't get the answer to that on HomePod."

Once upon a time, you were merely holding the phone wrong. Now, the phone could be doing you wrong, and you won't know a thing about it.