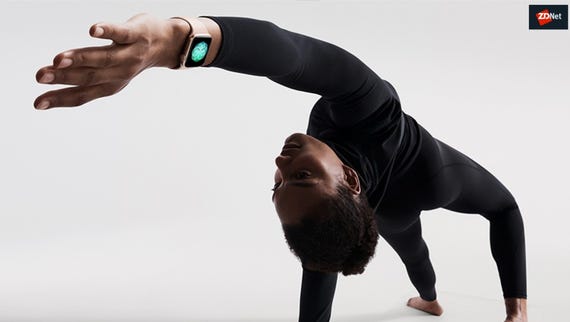 This particular app uses the FaceTime Audio APIs, so you can instantaneously voice communicate with someone else that has Walkie-Talkie, much like the way Sprint Push To Talk/Direct Connect (PTT) works with those phones that support it.

PTT is an extremely useful feature on these handsets, because it doesn't require dialing. Not only does it support instantaneous 1:1 communication (like a CB radio or the communicator device on Star Trek), but it also supports a broadcast mode, where multiple devices connected to a group/channel can simultaneously talk to each other.

The function is extremely popular in the construction and transportation industries and in other verticals where it requires constant voice communication. But it also has a lot of potential for consumer use, especially for families when they go on group outings such as to theme parks and other places where people can get easily separated.

I've tried Walkie-Talkie, and it is definitely fun to use. I've been able to have a few conversations with Jason Cipriani, our mobile columnist, and the interactions brought back the old days when I was working trading desk support on Wall Street in the early 1990s and carried a Nextel phone.

When the app works, it's great. Voice quality is decent enough, and it is fast.

The problem is that the app leaves much to be desired in terms of its overall usefulness.

So, that greatly limits who you can talk to using the feature. Forget Android or PC or Mac users, Google Wear, Samsung Gear, or game console folks, or even a smart speaker like an Echo, a Google Home, or even Apple's own HomePod.

Also: iPhone XS launch: 3 days in the life of an Apple store

Then, there is the entire process of inviting people. You can only invite contacts that have a cell phone number in the iPhone Contacts application, and there is a separate list maintained in the Apple Watch management app on iOS, where the contact is actually "linked" to the Watch.

That's problematic for a number of reasons. There have been multiple occasions where I have sent out an invite, only for someone on the other end not to accept it or cannot accept it (because they don't have an Apple Watch or some other glitch prevents it) and it stays in limbo.

When that happens, you have to delete the contact from the Apple Watch app on iOS, or swipe left on the invite in Walkie-Talkie and then do a re-send.

Also: How the iPhone lost its crown to the Apple Watch

It's frustrating as hell.

I've also noticed a situation where if you swap your Watch devices (such as with an upgrade), it doesn't seem that your Walkie-Talkie contacts persist, and you have to re-add them. I had to do this with Cipriani, when both of us upgraded to a Watch Series 4 on the same day.

The implementation is just plain awful. There's also no "broadcast" function (such as if you wanted to create a "family" channel with all your kids and your spouse on it), and, of course, if you use anything else as a primary contacts manager for texting, such as Google Hangouts, Facebook Messenger, or WhatsApp, it doesn't work. You have to manually add them to iOS Contacts.

You cannot selectively choose who you want to talk to you all of the time either -- when you turn the "Available" switch on, any one of your contacts can send an instant voice message to you. That's bad for obvious reasons.

This experience could certainly be better. I'd like to see Apple port Walkie-Talkie to iOS, at the very least, which would considerably open up the user base. But I think that if we want the Watch to be a good instant communicator device, we need to get some third-parties involved.

That means they should be communication platforms that have a large existing user population -- that would be Facebook with Messenger, Google with Hangouts, and Microsoft with Skype/SfB. Certainly, platforms such as WhatsApp and a number of others would be appropriate, as well.

The problem is that, in order for this to happen, Apple has to open up the FaceTime Audio APIs on the Watch and allow low-level access to the Watch's microphone.

This is my understanding from companies such as Zello, which once had a PTT app for version 1 of watchOS, but eventually had to pull their app due to lack of support from Apple and inability to programmatically access that microphone.

I'd love to be able to use the Watch as a primary voice communicator, as it's always on me. But it doesn't seem like at this point that it is more than a curiosity.

Does Apple need to open up FaceTime Audio on the Watch and port Walkie-Talkie to iOS? Talk Back and Let Me Know.

The study was conducted by health startup Cardiogram and UCSF and followed more than 6,000 subjects