Full Bio
Posted in Between the Lines on June 5, 2018 | Topic: Mobility 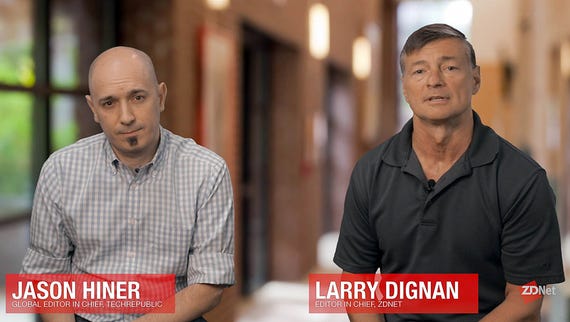 The move to curb phone addiction and limit screen time is well under way as the two heavyweights in the smartphone ecosystem -- Google Android and Apple iOS -- are on the digital health bandwagon.

Why? The research is just starting to be compiled on smartphone addiction and what happens when your life is overloaded by apps and notifications. Think of the digital health push from Apple and Google as a way to provide talking points before screen time becomes a Congressional hearing someday.

How Apple plans to get you to use your iPhone less with iOS 12 | Can Apple cure us of smartphone addiction? | Everything iOS 12 from Apple's WWDC 2018 keynote | Older iPhones, iPads will perform better on iOS 12, says Apple

With the ability to limit screen time offered on all the key platforms it's worth doing a compare and contrast.

Apple software chief Craig Federighi focused on silencing notifications and putting them in their place. First, Apple will start stacking and grouping notifications in threads similar to Android.

Do Not Disturb was also a key area. The goal is to eliminate distractions and notifications that may wind you up while you should be sleeping.

"If you see an app you'd like to be spending a little less time, you can set your own limit. During the day when you're using the app, you can receive a helpful notification, letting you know time is almost up."

The most interesting element of Apple's digital health push is that it will provide you a dashboard and activity report, dubbed Reports, that summarizes time spent on the phone, apps and how often per hour you pick up your device. Reports also tracks what apps are sending you the most notifications.

"We think this will be helpful for many people," said Federighi.

Google outlined the Android Dashboard, which is designed to monitor and manage the time spent on screen. The tool shows how much time people are spending on devices, the number of times they pick up the phone and how many notifications they have received.

Sundar Pichai, CEO of Google, even coined the phrase JOMO, or Joy of Missing Out.

Google is wrapping its dashboard and screen management tools as part of a digital wellbeing initiative. These tools will roll out across the Google portfolio. For instance, YouTube will give you break reminders for excessive watching and limit notifications sent.

In addition, Google added a Shush mode, which is an extension of Do Not Disturb and silences incoming phone calls and texts through gestures or just putting the screen face down.

Android users can also use App Timer to set limits on usage for each app. There's also a Wind Down mode that gets you ready for bedtime by graying out the screen. Google's limits will be delivered on Android P.

Where do we go from here? Google and Apple have managed to make digital health a discussion point, but it's unclear how many folks will use these tools to adapt their behavior and limit screen time.