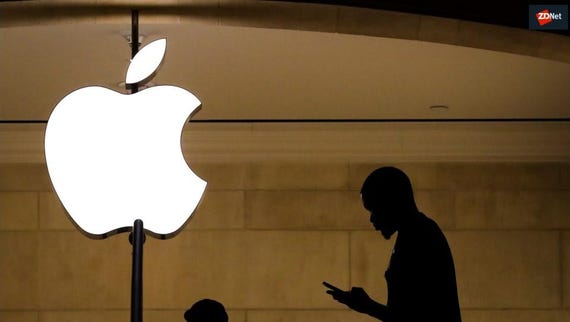 As one of the largest electronics suppliers in the world, the microscope has been on Apple -- alongside other vendors in the business -- to start adopting renewable energy sources. As Apple has led, now, organizations in its supply chain are also taking green energy seriously.

In order to reach a set of renewable energy goals not only internally but down the supply chain, Apple pledged to operate on 100 percent renewable energy years ago and began encouraging its suppliers to follow suit soon after.

The iPad and iPhone maker said in 2018 that the company had reached its personal goal of operating on 100 percent renewable sources, and at that time, over 20 manufacturers and Apple component producers had also adopted clean forms of fuel.

On Thursday, Apple said that 44 suppliers have now signed up to the Supplier Clean Energy Program, launched in 2015, which will allow the company to exceed its goal of bringing four gigawatts of renewable energy into its supply chain by 2020 with one additional gigawatt expected beyond this target.

The new suppliers include Advanced International Multitech, DSM Engineering Plastics, Goertek, Quadrant, SDK, and TSMC, among others. Apple still has a long way to go with an estimated minimum of 700 suppliers across the globe, but it is another step in the right direction.

"We've made it a priority to hold our suppliers accountable to the same environmental standards we observe and hope that our collaboration will show others what is possible," Lisa Jackson, Apple's vice president of Environment, Policy and Social Initiatives said in a statement. "While we are proud of our announcement today, we won't stop driving change within our industry to support the clean energy transition happening globally."

See also: Windows, Mac, or Linux? We compare the pros and cons of these computing platforms

Apple makes use of wind and solar energy in order to bring down its carbon footprint. Last year, the tech giant generated enough electricity through clean energy sources to power over 600,000 US homes.

Apple also said that the investment of $2.5 billion in the firm's Green Bonds program has now been completed, which provides funding for environmental projects worldwide.

The Green Bonds program has been involved in projects including solar rooftops in Japan and the creation of alloy made from recycled aluminum now used in Mac products.

In July 2018, Apple launched the China Clean Energy Fund. Over four years, the company -- together with 10 suppliers -- intend to invest $300 million in developing clean energy solutions to generate at least one gigawatt of renewable energy in the country, the equivalent of powering close to one million homes.

Apple also hopes to expand the energy options of Chinese suppliers to encourage them to use renewable sources rather than rely on traditional fossil fuels.