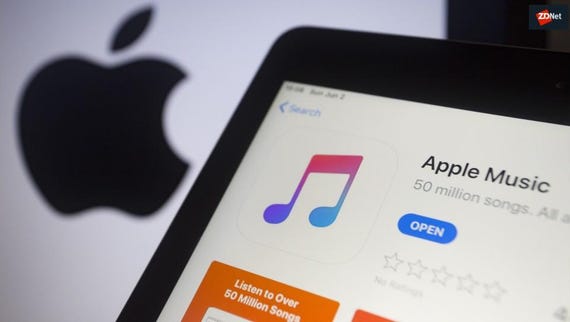 Apple is being sued by customers who allege the tech giant is unlawfully selling iTunes purchase information to third parties without the consent of its users.

The court case, filed in San Francisco, claims that the iPad and iPhone maker is not only flogging purchase data but also personal customer information connected to music sales.

As reported by Bloomberg, this may be unlawful to do so without customer consent and may also violate Apple's own policies concerning user privacy.

Apple uses the slogan "What happens on your iPhone, stays on your iPhone" in advertising, but if the complainants are to be believed, this does not stretch to purchases made on your device.

Three iTunes customers have launched the court case on the basis that they are representing other customers in their states, estimated to be in the hundreds of thousands. The claimants are seeking class-action status for the lawsuit.

The complaint made against Apple claims that the company "sells, rents, transmits, and/or otherwise discloses, to various third parties, information reflecting the music that its customers purchase from iTunes."

The full names of customers, home addresses, music genres, and in some cases the specific songs purchased by a customer are allegedly collected and sold on.

The lawsuit goes further, claiming that third parties in receipt of this information are then able to compile and append music preferences with other data, such as marital status, gender, and educational background.

According to court documents, Apple sells this information "to supplement its revenues and enhance the formidability of its brand in the eyes of mobile application developers." In addition, this information has allegedly been offered to app developers who can use this customer data for monetization purposes.

"Such disclosures invaded Plaintiffs' and the unnamed Class members' privacy and have resulted in a barrage of unwanted junk mail to their home addresses and email inboxes," the complaint reads.

A total of $250 per customer in Rhode Island and $5,000 for each individual allegedly affected in Michigan is being sought, in adherence to each state's differing privacy legislation.