The irrelevant iPhone 11: Apple will crush Android with services, bundling, and cheap devices

For those obsessed with the annual refresh of shiny devices, this week's Apple event appeared to be an iPhone 11 device roll-out. But that's not the big story.
Written by Jason Perlow, Senior Contributing Writer on Sept. 12, 2019 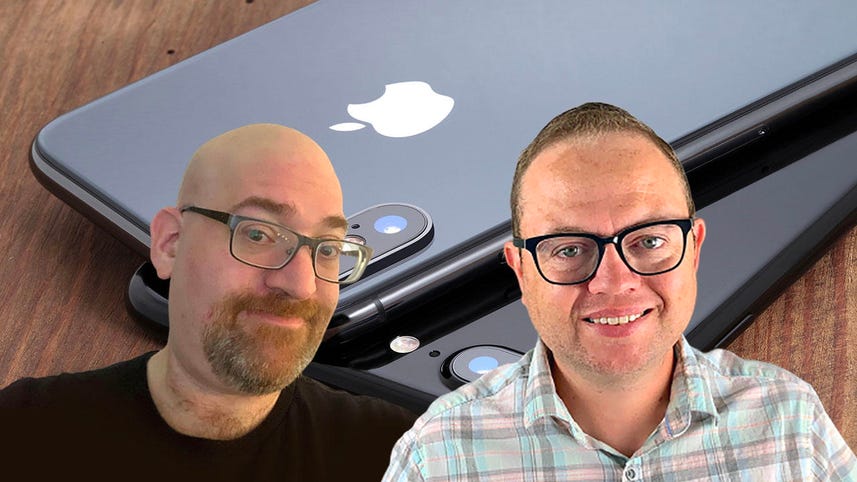 Yesterday was a big day. For technology journalists, every year, Apple's product event is like a geek version of Thanksgiving, the Superbowl, and New Year's Eve, all rolled up into one massive secular holiday. On behalf of my industry colleagues, I thank you for clicking and paying our bills.

But not everyone is in a celebratory mood. My ZDNet colleague David Gewirtz feels the new wave of Apple iPhones is too expensive and believes that the insanely cash-rich company (with over a 200 billion dollar war chest) is in decline. Steven J. Vaughan-Nichols, our resident FOSS and Linux greybeard, is an Android disciple and is not easily impressed with Cupertino's mind tricks.

The most important takeaway

I appreciate their perspectives, but one needs to look at the big picture to fully understand all of the event's implications. Superficially, and for those who are obsessed with the annual refresh of shiny devices, the September Apple event may have appeared to have been an iPhone 11 device roll-out. But in my estimation, that was not the most important takeaway.

To use a journalism analogy my two long-time friends and writing mentors can easily understand, Apple -- and every pundit who observed them -- buried the lead with the iPhone 11 stuff. The real story here is how Apple intends to transform -- over the next several years -- into a consumer services and digital lifestyle giant; Tim Cook and Company laid it all right out in front of us, in the first 40 minutes or so of the event.

Before I unbury the lead, let us clear the unavoidable, vast debris field first. Yes, the iPhone 11 and 11 Pros are expensive. They cost over $700 after applicable taxes just to get your foot in the door with the entry-level iPhone 11 64GB, and realistically, most people will want at least a 128GB model, so we are talking $750-plus. An 11 Pro will run you over $1,150 with 256GB, and the 11 Pro Max with the same storage config will run you about $100 more.

Guess what? Not everyone needs a Ferrari. Most people need Honda Accords and Hyundai Elantras -- dependable, peppy, reliable cars that get the job done and don't break the bank. Do you know what a damn good phone is for a heck of a lot less money? Your reliable, sports model of a mid-priced commuter smartphone? The iPhone 8.

Earlier this year, I touted the idea of "Diet iPhone" -- in which that Apple should release an "iPhone Classic" along the lines of the iPhone 8, at reduced pricing.

Well, do you know what they did yesterday, amidst all the iPhone 11 fanfare? They dropped the prices of both the iPhone 8 and the iPhone XR, which now $449 and $599 for the 64GB versions, respectively.

That's without any trade-in value applied from an older iPhone. Did you keep it in a case, and it's not all dinged up with cracked glass? Then your old iPhone has a cash value. An iPhone 6 from 2014 like David Gewirtz' is worth up to $60. A 6S is worth up to $100, and a iPhone 7 is worth up to $150. The Plus models are worth more. This trade-in program saves you the hassle of trying to sell the thing on the street or shipping it to Amazon (or its contractor, Gazelle) who will give you a few dollars less towards purchasing credits.

Also: Want a new iPhone or Android phone? Here's how and where to sell or trade

Let's not kid ourselves. The iPhone 8 is a darned good phone for the money. It is the classic iPhone design, with the Touch ID, with an excellent single-lens camera.

The iPhone 8 is Apple's equivalent to the venerable Porsche 911 sports car or Fender's Stratocaster guitars -- yes, like these other famous brands, Apple has more expensive, higher-performance models with more technological distractions to go with them, but these are the industry benchmarks in their category and what defined their brand identity.

These phones --  the iPhone 8 and XR -- are perfect for your teenager or college student, for mom or dad, and for anyone who doesn't need or want every bell and whistle of the newer models. I plan on getting one for my mother-in-law, whose Verizon Android device is on its last legs. The A11 Bionic SoC that the iPhone 8 uses is still considerably more potent than most Android phones on the market, especially those competing at the $400 price point using 2017/2018's Qualcomm Snapdragon 845 (such as in the Samsung Galaxy S9 and Google Pixel 3), or the even less powerful Snapdragon 670 used in 2019's Pixel 3A.

Speeds and feeds aside, most importantly, with these devices, you get Apple's yearly OS updates, which are going to be good for at least three years at this stage in the phone's lifecycle. Moreover, if you have any issues with your iPhone device, especially if you opt for AppleCare -- now available indefinitely for a monthly fee -- you can walk right into an Apple Store and have a human being deal with it. That's worth actual money.

Apple won't convince die-hard Android fanatics to cross over to iOS-land with the iPhone 8. However, for retaining its customer base and acquiring folks who want to try something new or come back into the Apple fold after years of failed Android update promises by their OEMs? The iPhone 8 fits that bill nicely. Are you listening, David Gewirtz? The iPhone 8 has your name written all over it.

So that gets the price discussion out of the way. If you can't afford to buy a Ferrari, then don't buy one. You have other options, and a very good one, at that, if you still want an Apple device.

Something no Android OEM can match

The other thing that my colleagues might have missed yesterday was that the starting price of Apple Watch Series 3 was reduced to $199/$299 for the GPS-only and GPS/cellular versions, respectively. In the fitness/health tracker space, that's massive. That watch can also now take the update to watchOS 6, which is the latest version and has all sorts of great health monitoring features, including ambient noise level warnings and vital sign alerts. I don't need to remind you of the value my Apple Watch has been to me, and I had a Series 2 when it changed my opinion of the product, permanently.

At that price point, combined with the iPhone 8, you've got a great phone and smartwatch pairing for anyone who seeks an inexpensive way to stay in and take advantage of the Apple ecosystem.

While the prices on these two devices are already desirable, Apple could certainly sweeten the deal by offering an iPhone 8 and Apple Watch Series 3 combo under $600. That's something no Android OEM can match, nor do they have a smartwatch product that comes even close in terms of features and smartphone app support. Are you listening, Cupertino? Crush Android like the insect that it is.

Google's WearOS and Samsung's Tizen are, at best, also-rans. Nor do they have unique, home-grown value-added services that solely run on their smartphones and other devices they sell.

Apple's event on Tuesday may have had iPhones in it, but the real story was about the services and content ecosystem that is now being built:

iPhones and iPads may get all the attention at events like this, but Apple's future is in the services that run on them. It represents the only chunk of their business that offers unlimited potential for future growth. Yes, they are in their early versions now, and the company realizes this -- which is why they are offering them for such compellingly low prices. It would not surprise me to see Apple bundle these services for all-inclusive costs at discounted rates -- particularly when it comes with new device purchases. This is not at all different from what we see from telecommunications providers like AT&T, who offer lower-cost internet access or streaming perks when you purchase their subscription TV or wireless services. For customer retention purposes, I see Apple eventually doing the same thing.

The better that Apple's services get, the more compelling -- and more valuable -- that continued membership in their ecosystem gets. That value can be derived even from Apple's lowest-priced and previous-generation products, which are still better values than what their competitors offer as current generation products at the same price point.

And yes, there is also a vast aftermarket sales channel that consumers can use to stay in Apple land as well if they don't want to buy their equipment new. Now that Apple just dropped the prices on new iPhone 8 devices, we can expect the value of the used devices of the same generation to fall quite a bit.

That is a massive problem that neither Google nor Samsung can quickly solve -- because they are also being challenged by members of their shared ecosystem, such as Chinese firms like Huawei, ZTE, OnePlus and Lenovo, who can build equally good Android devices for considerably less money.

The 'Walled Garden' is the value proposition

Google and Samsung, unlike Apple, don't have services that are exclusive to their platforms -- ones that make people want to use Android (or Tizen) to get that service. All of the services Google has also runs on the iPhone because Google monetizes primarily by their advertising. Gmail, Maps, and Youtube are not Android exclusives -- they all run on iOS. If they didn't, Google would be alienating a large portion of their customer base.

With Apple, the "Walled Garden" is the value proposition.

The other problem these two have? Those two Android heavies don't have $210 billion in cash sitting around that they can use to mature these services quickly and to bankroll content. Apple could finance Avengers Endgame, in the top three of the most expensive movies ever made, at the cost of $356 million, about 590 times over. Did that blow your mind? It did for me.

Despite Gewirtz's assertions, this is not an indicator of slow decline. Apple is a company in the process of transformation --- one which Google and Samsung have no chance of disrupting, whatsoever unless the two figure out how to provide actual ecosystem value of their own -- and quickly.

Were the services, reduced-price iPhone 8 and Apple Watch Series 3 the real news at the Fall 2019 Apple launch event? Talk Back and Let Me Know.

The top 10 smartphones available now
Foldable phones might be the next big thing: Here's what you need to know
The best iPhones: Which model is right for you?
How to get water out of your phone
Must-have Samsung phones: Explore a new Galaxy
Editorial standards
Show Comments
Log In to Comment Community Guidelines