Fixing code bugs to keep connected cars on the road

Aurora Labs wants to make it easier for car manufactures to spot and fix errors with vehicle software.
Written by Colin Barker on Nov. 14, 2018 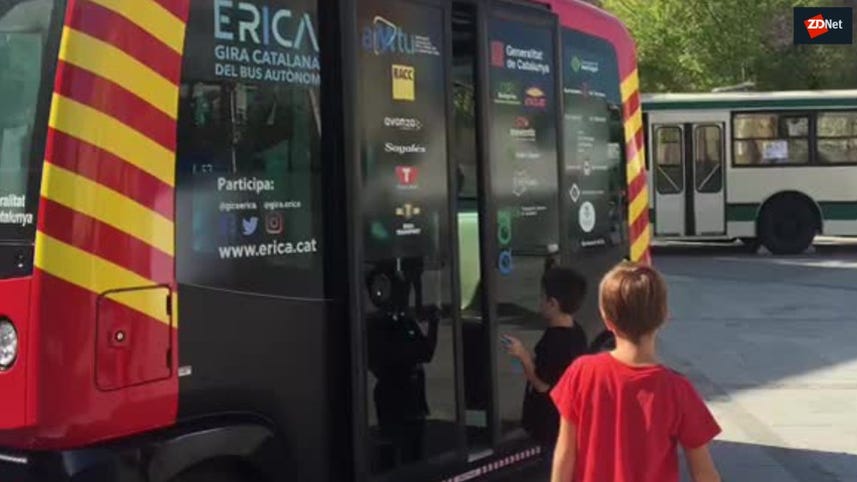 Tel Aviv-based Aurora Labs aims to make it easier for car makers to update the software in their vehicles, and to spot if something is wrong and fix it fast. ZDNet spoke to the company's CEO Zohar Fox to find out more.

ZDNet: Tell me about the company.

We are based in Tel Aviv and because of requests from our customers we opened a subsidiary in Germany. We also have an office for developers in Skopje, Macedonia.

For 12 years of my career I developed IoT devices, security cameras and access control units, presentation gateways, ATM cash machines, point-of-sale devices and so on.

Now everything is user-centric and designed to create an agile, continuous, user-related product.

You need to develop something very fast and promote it to the market, and continuously update and develop the software [and] introduce new features.

This is the great change for all of us. A huge change.

This all creates great business opportunities but it's also a big headache for all the departments across the board. For R&D it means shorter and shorter development lifecycles. For production you will find that you never, ever produce or manufacture the same vehicle twice because each car has its own paradigm that describes the engine and all other elements. Every car has its own identity.

And this infinite choice of vehicle is pushing to the limit the quality of the process, the testing and development.

It will not be the smarter or the faster vehicle OEMs that will win this space; only the OEMs that can correctly manage this grand challenge.

And this is exactly what we are addressing, tackling all these grand challenges with self-healing software for connected vehicles.

This is where we help them to keep the software up to date, secure and safe for the ultimate user experience.

Tell me about the self-healing part of this.

Self-healing software is made up of three components: detect, fix and update.

In detect, we have deep-learning algorithms that are looking for subtle drifting and deviation. And once we detect the problem -- and this is the revolution -- we automatically roll-back to a safe point to maintain the uptime of the critical safety systems of the vehicle. And once we roll-back to this safe point we notify the OEM about the problem and offer a resolution.

Now, the root-code analysis becomes very, very easy. And once the OEM changes the lines of code or changes the software, then they can close the loop and update the software with a clientless solution with zero downtime. That means that now the vehicle -- even if it's on the road -- can be updated. And this means that the users do not need to wait for the update.

Can you give me an example of one of the features you have added and how it works?

[One] issue that we address with the OEM is that we can detect drifting in the software of the ECU [Electronic Control Unit]. If you have rogue software the lifespan of the engine will reduce dramatically, and the engine will not meet warranty time periods. So again, we are looking for these deviations and we can then notify the OEM in the lines of code. With our solution we can automatically fix and update.

With this we can dramatically reduce the cost of updating the software because our updates are much smaller than the ones that a conventional OEM uses. They use on-the-shelf algorithms, while we are using algorithms that are up to five times smaller.

More than that, to do an update [other systems] need two memories so that if you have a system and you want to update it to a newer system, you need dual discs to do a swap between the images with no overlap. With us you can use your regular architecture without changes to the ECU.

How efficient is your software from the performance perspective?

The self-healing software needs some host power and we believe ours is a very, very lean and digestible system for OEMs. We need only three percent overhead of the CPU execution or throughput. And, from a memory perspective, our footprint is up to one percent of the entire memory of the ECU.

With all of this you must be very busy?

We have projects going on all over the place. In the US, Europe, Asia and we focus only on OEMs with one exception, a very big new one in Asia.

We also took on a relationship with EMC and in it are continuous development tools that are not only for the automotive department but for IoT and other areas as well.

Why did you begin with the automotive industry? What was the driver there?

It has the greatest systems friction. We can see that. Only last year, OEMs lost $15bn because of software ripples. $15bn is about 10 percent of the operational cost. It's huge!

This is why we started with OEMs and we focused our network and know-how in this market.

We know there is a lot of code on a car but how would that compare with, say, the code in an aircraft?

It is amazing -- and we know this because part of our business is in aerospace -- that a modern aeroplane like a [Boeing] 787 or an [Lockheed Martin] F-35 have from eight to ten million lines of code.

This compares with a pick-up truck made by Ford that was recently shown at the LA Auto Show that has around 150 million lines of code. Now that is amazing. And we are not talking about autonomous vehicles. It's a regular pick-up truck.

A probe into the digital delivery of government services has revealed 54 government websites were pulled for maintenance over one weekend, without backups in place for citizens to still access services

Manual scripting, firefighting, ad-hoc fixes and endless coding have long filled up the timesheets of IT teams.

Driverless? The uncertain future of the American trucker

Autonomous trucks could eliminate as many as 294,000 driving positions over the next 25 years, including the highest-paying jobs held by senior operators.

How can serverless computing be cost-justified?

What a serverless deployment costs depends on a range of variables. The real question is whether it is more cost-effective than traditional means of software deployment.