Full Bio
Posted in Between the Lines on February 1, 2019 | Topic: Security 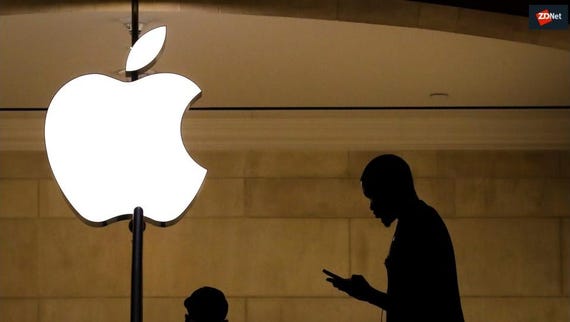 This is a guest post by Anshu Sharma, co-founder of Clearedin, a company building a B2B trust graph.

So, Facebook's profits are up. Let's fix the trust issues.

We live in a world where everything runs on trust.

Facebook's recent troubles with bad faith state and non-state actors trying to hijack point to a fundamental gap — who is trusted and who is not? In the quest to grow, they failed to focus on what's important in the long run. The profits are fine despite "self-imposed" business challenges, but the headlines are brutal.

Social media platforms have failed us and contributed to some very unfortunate outcomes from rise the extreme right in western democracies to lynchings in places like India and Sri Lanka.

It's incredibly easy to doctor photos, videos and plain old text to spread messages of disinformation and hate.

While applying new algorithms (AI) to find suspected bad sources to hiring more people to review reported content are positive moves, there is something fundamentally broken at the core.

The lack of trust.

We cannot solve this problem without thinking about who can trust whom on what.

I started a cybersecurity company to solve the trust problem in the B2B context and have had to think about trust deeply. How do you know whether that email, that invoice, that HR request is actually coming from someone you know and trust?

There are many names for this problem — phishing, business email compromise, spear phishing — but at the heart of it is a simple question:

Do I know you? Do I trust you?

We had the insight that trust is not built on one individual email, one individual transaction. In the offline real world, trust is built over time by your connections and actions.

We need to build trust networks in the online world too: slowly, over time.

Consumer apps have already embraced this concept where money is involved — Uber, Lyft, AirBnB. Prior to that, we always had the credit score which despite all its flaws continues to serve the basis for trillions in dollar in lending and financial transactions.

The Inevitable Trust Score for Every Vertical

While none of us want a single score to measure us as it raises the specter of dystopian centralized control, we do need a lot of ways to measure trustworthiness.

A basketball player can be trusted with sports analysis but not always on whether the world is flat.

We need trust scores that are contextual.

Today's approach to trust in social media is often binary — either you are banned or you are not. Most people are neither bad nor good but lie on a spectrum.

By assigning a set of trust scores and making them known to the user, a social media platform can both adjust how often and how far a post from a user spreads but also give users incentives to behave better — just like we have learned to do in the world of Uber and AirBnB.

Companies like Facebook and Twitter need to realize that they are not neutral technologies like email or blogs but a marketplace of ideas. And the marketplace needs a trust score so we know whose ideas we are buying into.

Instead of focusing on MAUs and DAUs, the leadership team at Facebook can measure the rise of the trust economy on its network.

While this may seem like something that takes away from their business metrics and ARPU goals, the reality is that unless sites like Facebook become more trustworthy, they may be on the path to slow death like MySpace and Craigslist that came before them and failed to build trust.

In the long run, what's good for our democracy and our economy is also good for Facebook — building a trust economy.

Join Discussion for: Fixing Facebook: Why it needs a trust score