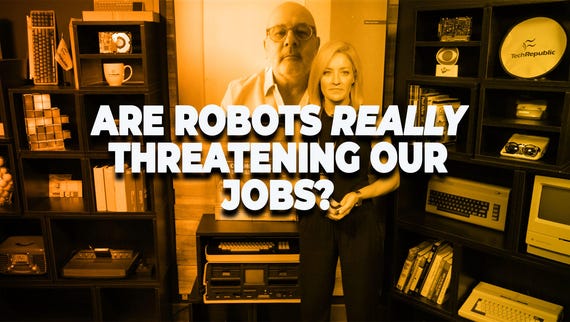 AI has infiltrated nearly every part of our lives, and while there is still a perception that robots will take our jobs, new data shows people are now taking a much more enthusiastic view of AI at work.

The survey, conducted by Oracle and Future Workplace, includes insights from over 8,000 full-time employees, managers, and HR leaders across 10 countries gathered between July and August 2019.

The second annual AI at Work study found that AI has changed the relationship between people and technology at work.

Contrary to fears about how AI will impact jobs, employees are reporting increased adoption of AI at work and many are welcoming AI.

Two out of three (65%) of workers are optimistic about having robot co-workers, and nearly a quarter report having a loving and gratifying relationship with AI at work.

The research found that two out of three (64%) trust robots more than their manager, and over four out of five (82%) believe that robots can do some things better than their managers. Half say they have already turned to a robot instead of their manager for advice.

When asked what robots can do better than their managers, survey respondents said robots are better at providing unbiased information (26%), maintaining work schedules (34%), problem-solving (29%), and managing a budget (26%).

Managers, on the other hand, were reported as better being able to understand their feelings (45%), coaching them (33%), and creating a work culture (29%).

Although AI is changing the relationship between people and technology at work there are still concerns. Almost seven out of 10 (69%) are concerned about AI collecting data on their work activities. Two out of five (41%) of workers say they would be more comfortable trusting a recommendation from AI with more security

AI has produced a huge change in the way we interact with bots and assistants. In a few years, when AI is so ubiquitous and we no longer are aware of it, will we still be so concerned about Big Brother listening in and invading our privacy? I think, by then, most of us will no longer care.

Join Discussion for: Four out of five think robots are better...