The new Galaxy Note 20 Ultra and Galaxy Note 20 show Samsung has yet again nailed the smartphone and stylus combo. It's also added more choice in terms of design to further cement the Note's position as one of the best productivity devices out there.
Written by Cho Mu-Hyun, Contributing Writer on Aug. 5, 2020 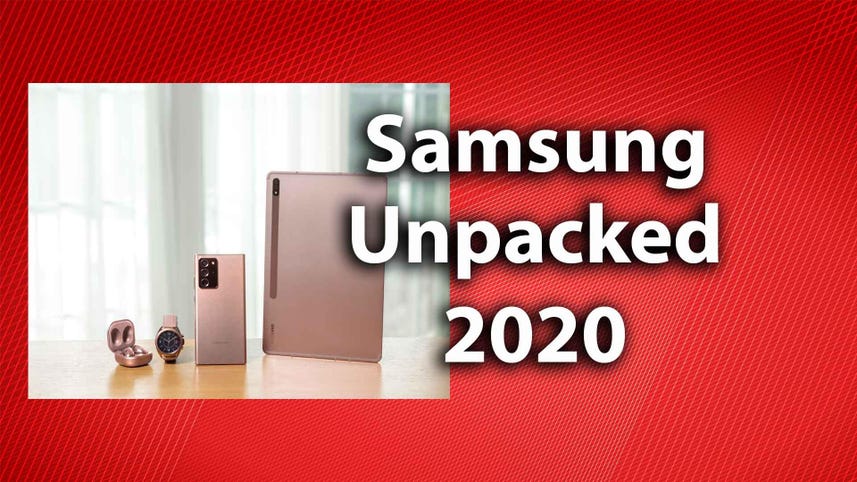 It's hard to think of a competing product from a different brand when it comes to Samsung's Galaxy Note devices. It may not sell as many units as the Galaxy S series but in this age of smartphone saturation, it is by far the company's most reliable offering thanks to the unmatched integration of its S Pen stylus.

The latest Galaxy Note 20 Ultra and Galaxy Note 20 have stuck to enhancing that core experience even further with an enhanced S Pen while also providing new options for fans to use and customise their device to their liking.

Despite the long name, the Galaxy Note 20 Ultra is really the Note device that fans of the series will lean towards as it offers the best of the best. The Galaxy Note 20 Ultra's front face is the closest thing to a full screen thanks to being near bezel-less and the small, punch-hole front camera.

Samsung knows all too well that its AMOLED screen is one of its strongest assets and the 6.9-inch (3088×1440) 120Hz display truly shines. As someone who used the Nexus 7 tablet extensively before phablets killed them off, it's still amazing to me that smartphones have reached a level of screen size comparable to that. The Ultra is also surprisingly light at 208 grams, and neatly wrapped in the latest Gorilla Glass Victus.

Samsung has pushed the new bronze colour for the Note 20 series. What is interesting here is that the bronze variation of Ultra doesn't have a glass finish on its back, unlike the black and white variations which come with the glossy glass finish that consumers have grown accustomed to.

The polycarbonate back cover of the bronze version has what Samsung calls a haze, matte finish, which gives it a grainy look that screenshots can't quite capture. The biggest plus is that it deflects fingerprint smudges -- I've noticed none while handling the phone.

The regular, flat-screened 6.7-inch Note 20, meanwhile, comes in bronze, grey, and green. It also sports this particular matte finish for its back covers. It's an interesting departure from the standardised glass finish, but it seems as if it was designed to give consumers more options to choose from. It certainly retains a premium look that Note users have come to expect.

This time around, the S Pen is placed on the bottom left of the phone, which Samsung representatives claim is a better placement for people to pull it out as they found most people held the phone on their right hand.

The biggest change is the new S Pen has latency -- the time difference between when the tip of the stylus touches the screen and when the screen registers it -- of 9 milliseconds for the Ultra model. The previous generations of Notes had 42 milliseconds of latency.

The upgrade makes using the S Pen and writing on the screen feel like writing on real paper -- there is almost no noticeable delay which I had sometimes felt for the Note 8 and Note 9. It is by far the most basic, but important upgrade to the series that will delight long-term Note users.

As someone who uses the note-taking feature voraciously, the new "straighten out" feature is a joy. Users can straighten out their tilted jottings done in a hurry horizontally. Samsung also added a new, interesting feature where users can record audio and take notes simultaneously. Users can playback the audio when they return to a particular text they scribbled at the same time of recording. A new PDF annotation feature is also provided as a further productivity booster. Samsung isn't inventing the wheel here but rather, adding tested features that integrate well with the stylus.

The air actions feature, which allows users to control their device remotely through using the S Pen has also been strengthened. Users can now command their device by pressing the button on the stylus and make certain gestures in the air such as drawing circles from left to right, or right to left, or zigzagging it for certain commands. Samsung has introduced five such commands but it will be interesting to see if this catches on and evolves further.

Samsung Note apps can also now sync with Microsoft OneNote and Outlook, while users of Windows 10 PC can load the smartphone's apps onto their PCs. Samsung seems keen to fully integrate the Note series into Microsoft's strengths in the professional space, which will be a welcomed move for long-time Note users.

The camera is the caveat of the near-perfect Note 20 series, for both Ultra and the standard variation, for different reasons.

For the Ultra, its the back camera's protrusion -- the camera module sticks out significantly, even more than renderings would suggest it seems. It's impossible to place the Ultra flatly on a surface due to the protrusion.

The horsepower is top-class, but the 5x optical zoom, which can be only achieved by making the image sensor thicker with the current technology, has caused the particular protrusion to be very pronounced. It is ironic because the main body of the phone minus the camera module is a beautiful, thin rectangle. To Samsung's credit however, the module at least looks more measured compared to the Galaxy S20 Ultra.

For the standard Note 20, there is almost no protrusion but it sports a 64MP F2.0 telephoto, 12MP F2.2 ultrawide, and a 12MP F1.8 wide-angle. It also only supports up to 3x optical zoom and 30x space zoom by comparison. It's no doubt still a premium camera, but it is lacking when put side by side with the Ultra.

Samsung seems fully aware of this, as company representatives told ZDNet that they wanted to offer best camera while offering a thinner device. Still, I feel the South Korean tech giant will need to find the sweet spot between design and camera power moving forward, especially when it comes to the Ultra. Technology such as folded zoom, which makes the image sensor thinner will very likely be in Samsung's pipeline, and this will need to be introduced sooner rather than later.

For the front camera, both models have a 10MP sensor. On the plus side, new Pro Video mode for both models offer zoom speed control during filming. Users can also control audio sources to minimise noise, which was interesting when being tested. It also supports 8K 24fps filming.

The Ultra is priced at $1299 and the standard version comes at $999, with pre-orders available now and official sales beginning on August 21.

Despite the slight name changes, the setup is similar to that of the Galaxy Note 10 Plus 5G and Galaxy Note 10 of last year. The Ultra will be aimed at those waiting for their two-year device changes while the regular Note 20 seems designed as an introductory device for new users.