Android maker confirms it is clamping down on Huawei.
Written by Chris Duckett, APAC Editor on May 19, 2019 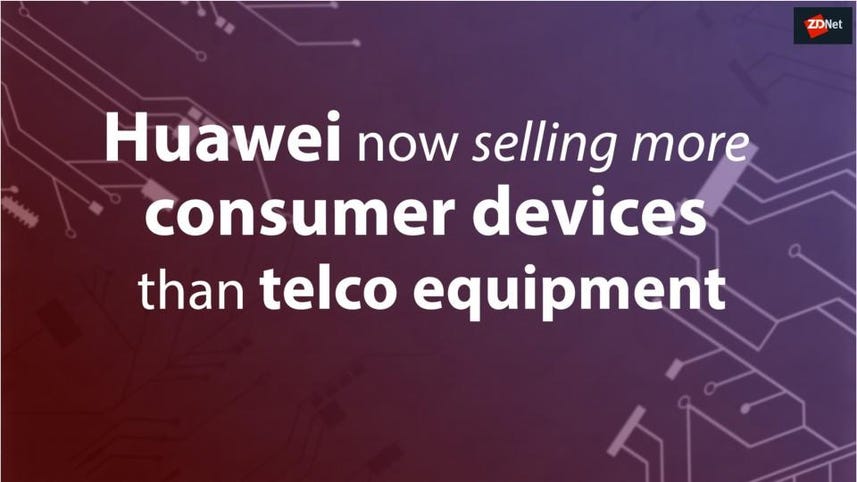 Google has confirmed that it will cease allowing Huawei to use its version of Android, instead requiring the Chinese giant to rely on the Android Open Source Project if it wants to use the platform.

"For Huawei users' questions regarding our steps to comply w/ the recent US government actions: We assure you while we are complying with all US gov't requirements, services like Google Play & security from Google Play Protect will keep functioning on your existing Huawei device," the Android Twitter account said on Monday.

Google Play Protect is a security service built into Google's Play Store that scans apps in the store and on user devices.

While the details are scant, the tweet indicates that Google will not degrade the experience of phones already in use. Future Huawei phones will be without Google services.

Huawei said in a statement that it would continue to have a "safe and sustainable software ecosystem" for its users.

"Huawei has made substantial contributions to the development and growth of Android around the world. As one of Android's key global partners, we have worked closely with their open-source platform to develop an ecosystem that has benefitted both users and the industry," a spokesperson said.

"Huawei will continue to provide security updates and after sales services to all existing Huawei and Honor smartphone and tablet products covering those have been sold or still in stock globally."

Huawei has been said to be developing its own OS as a backup for an Android ban.

Given Huawei's recent move into consumer laptops, it remains to be seen whether Microsoft will join Google in an operating system ban.

On Monday, the South China Morning Post reported that Lenovo had denied rumours it would stop supplying Huawei.

Last week, United States President Donald Trump signed an executive order to declare a national emergency and ban US companies from buying, installing, or using foreign-made telecommunications equipment from companies that were owned, controlled, or subject to the jurisdiction or direction of foreign adversaries.

Huawei and China were not named explicitly in the order.

The Chinese behemoth is already suing the United States government as it seeks to overturn its ban through the National Defense Authorization Act (NDAA).

Filed in the US Federal Court in March, Huawei rotating chair Guo Ping said at the time the company is seeking a declaratory judgment that the NDAA restrictions were unconstitutional, as well as a permanent injunction against the restrictions.

"The US government has long branded Huawei a threat. It has hacked our servers and stolen our emails and source code," Guo Ping said. "Despite this, the US government has never provided any evidence supporting their accusations that Huawei poses a cybersecurity threat.

"The charges unsealed today clearly allege that Huawei intentionally conspired to steal the intellectual property of an American company in an attempt to undermine the free and fair global marketplace," FBI Director Christopher Wray said at the time.

"To the detriment of American ingenuity, Huawei continually disregarded the laws of the United States in the hopes of gaining an unfair economic advantage. As the volume of these charges prove, the FBI will not tolerate corrupt businesses that violate the laws that allow American companies and the United States to thrive."

Security
How to get Google Assistant on Samsung's Galaxy Watch 4