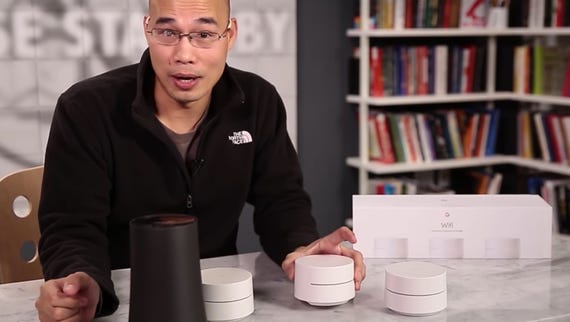 When Google's Wifi product and platform first launched in late 2016, a tool to test the connection to your phone or tablet as you roamed around your house was included in the Google Wifi app.

This approach is helpful if you're trying to troubleshoot a specific area in your home or office, but not a particular device. Starting May 15, Google Wifi users will begin to see a new option in the app's Network Check section to check connectivity to every device connected to a Google Wifi access point.

Read also: OnePlus 6: Features, price, release date, and everything you need to know

ZDNet's sister website CNET talked with Alex King, product manager of Google Wifi about the launch; it's worth a read.

According to Google, the new feature will roll out over the coming weeks. However, I updated the iOS version of the Google Wifi app on Tuesday and gained access to the new Network Check tool. The Android devices I have on hand have yet to receive an update.

Once the test completes, results are broken down by which devices are connected to each access point. Based on the results, you can then move the device closer to an access point or move an access point to alter its coverage area.